Media
Here you can find words, images, video and logos that you can use to talk about WikiHouse. Make sure you credit the named creators, and follow our trademark guidelines.
Last updated 11 / 2022

WikiHouse is a modular, zero-carbon building system that aims to make it simple for anyone to design, manufacture and assemble beautiful, high-performance homes and buildings, even if they do not have traditional construction skills. Think Lego, but for real buildings.

It is no secret that if we are to meet the social, economic and environmental challenges of the 21st century, we need to transform the way we build. The legacy methods that are still widely used today, such as brick and concrete, are notoriously slow, wasteful, labour-intensive and carbon-intensive.

Digital manufacturing, combined with the increasing use of bio-based materials such as timber are increasingly bringing about that change.

WikiHouse is part of that transformation, but it is also different, in three key ways.

WikiHouse blocks can be fitted together quickly and precisely, allowing the main structure to be assembled on-site in hours, by almost anyone. This makes it popular with self-builders and small businesses who want to adopt faster, better, more sustainable ways of building.

Unlike many other manufactured building systems, WikiHouse does not require a multi-million pound factory setup. WikiHouse blocks can be digitally-fabricated using relatively low-cost CNC machines. This means it can be manufactured by a distributed network of small, local businesses, anywhere.

WikiHouse is completely open source. That means anyone can take the files and freely use them, or improve them. WikiHouse is supported by a global community of designers and engineers, continuously testing and improving the system. By everyone, for everyone.

A brief history of WikiHouse

The WikiHouse project was first started in 2011 by a team at Architecture 00, working in collaboration with Momentum Engineering and Espians. Within weeks, teams and companies from around the world were downloading the files and beginning to use and improve the system.

What began as an experiment has slowly evolved from an idea to a reality. In 2014, with the first houses and buildings now built, the founders decided it was time to create a non-profit organisation, WikiHouse Foundation (now Open Systems Lab) to accelerate development, and to act as custodian of the public goods at the core of the project.

The first system, WikiHouse Wren, has been used by teams around the world to make hundreds of small buildings, including homes, workspaces, schools, garden studios, extensions and leisure structures. It has also been adapted, and has inspired many other innovative technologies designed around the same principles.

In Spring 2022, WikiHouse Skylark was launched. It is the most advanced WikiHouse system to date, and is now being used in projects across the UK and beyond.

This text is licensed as Public Domain. This means you are free to use it or modify it (or any part of it) for any purpose. You do not have to attribute us. Please note that the WikiHouse Trademark is protected and may only be used in accordance with our Trademark guidelines. 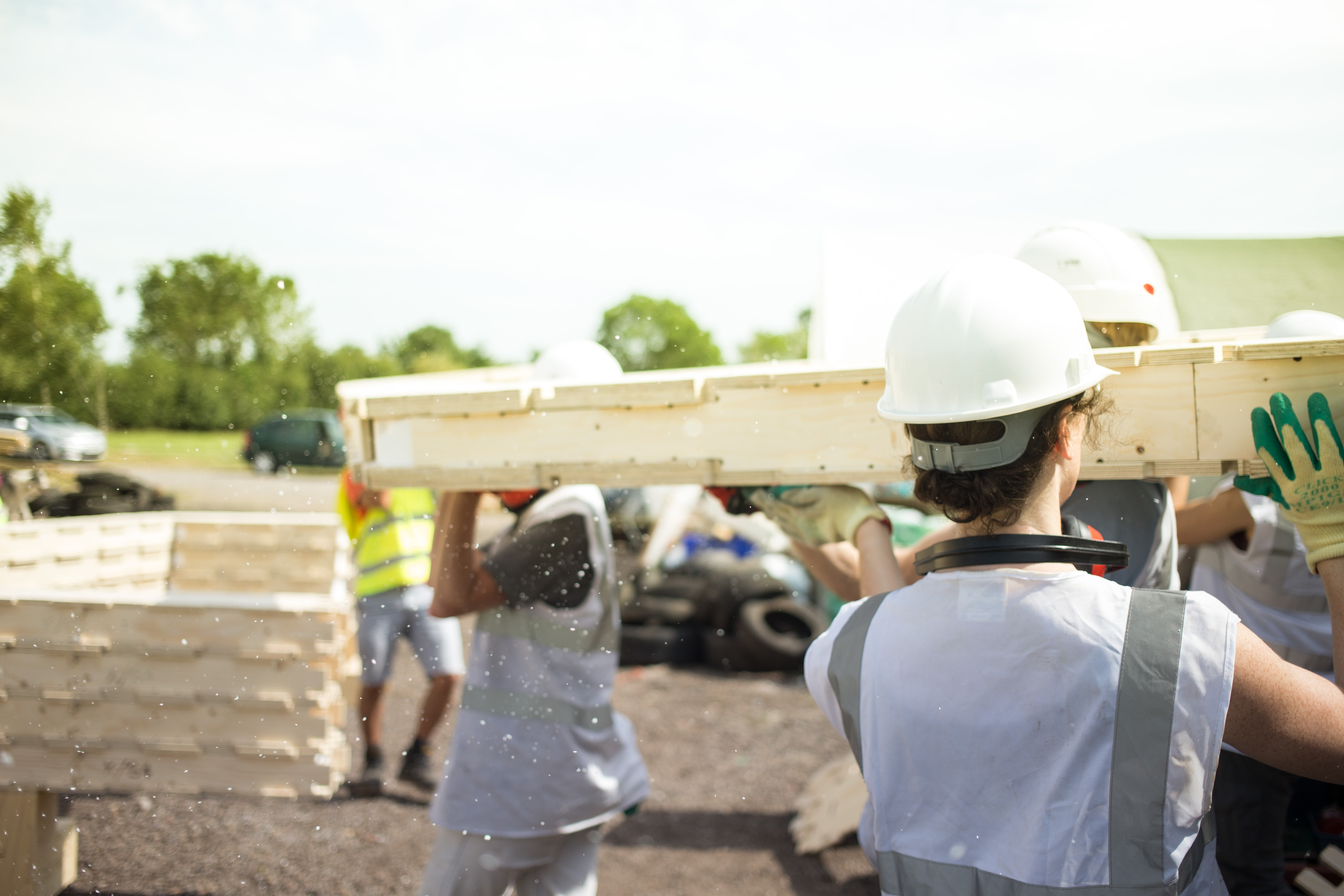 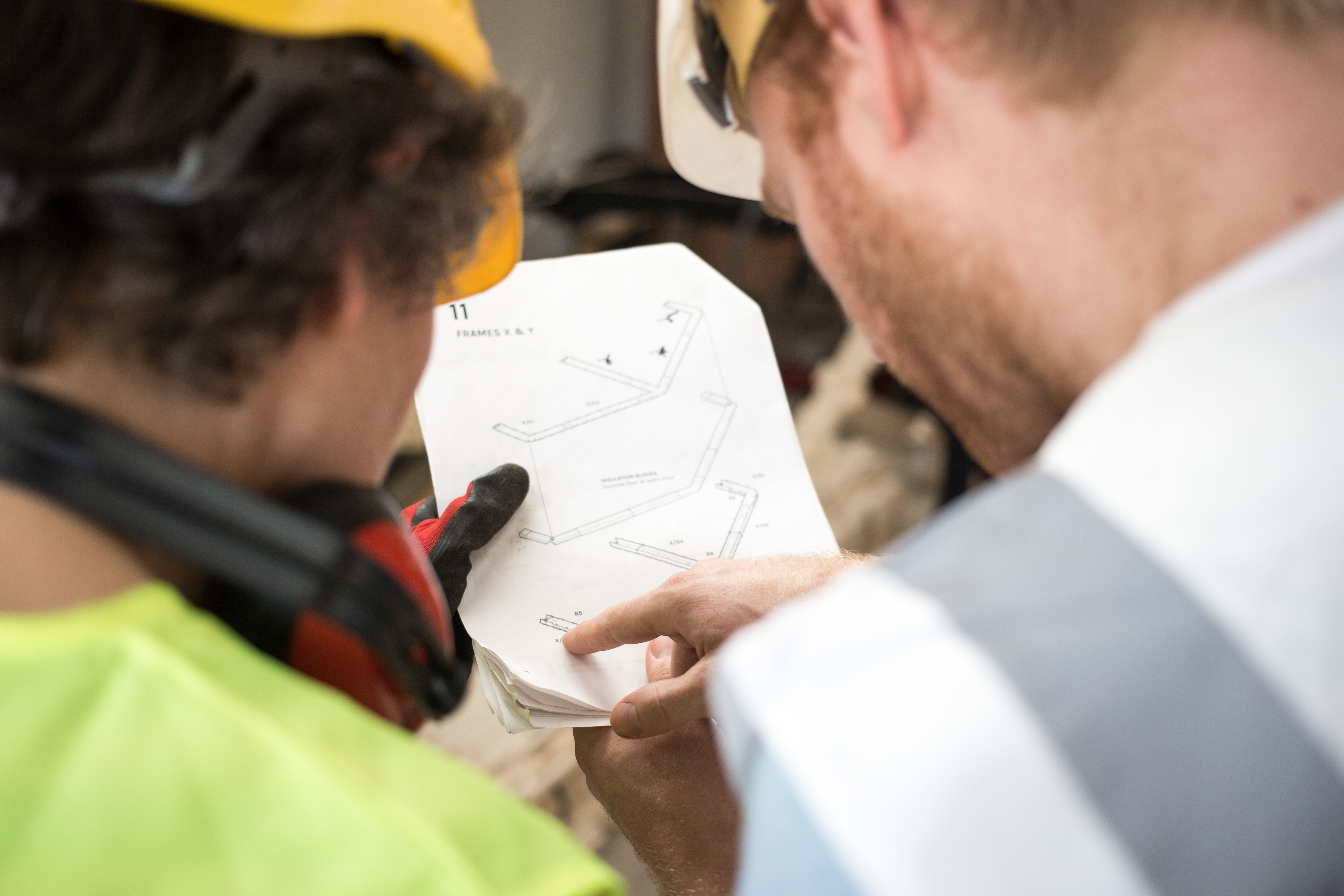 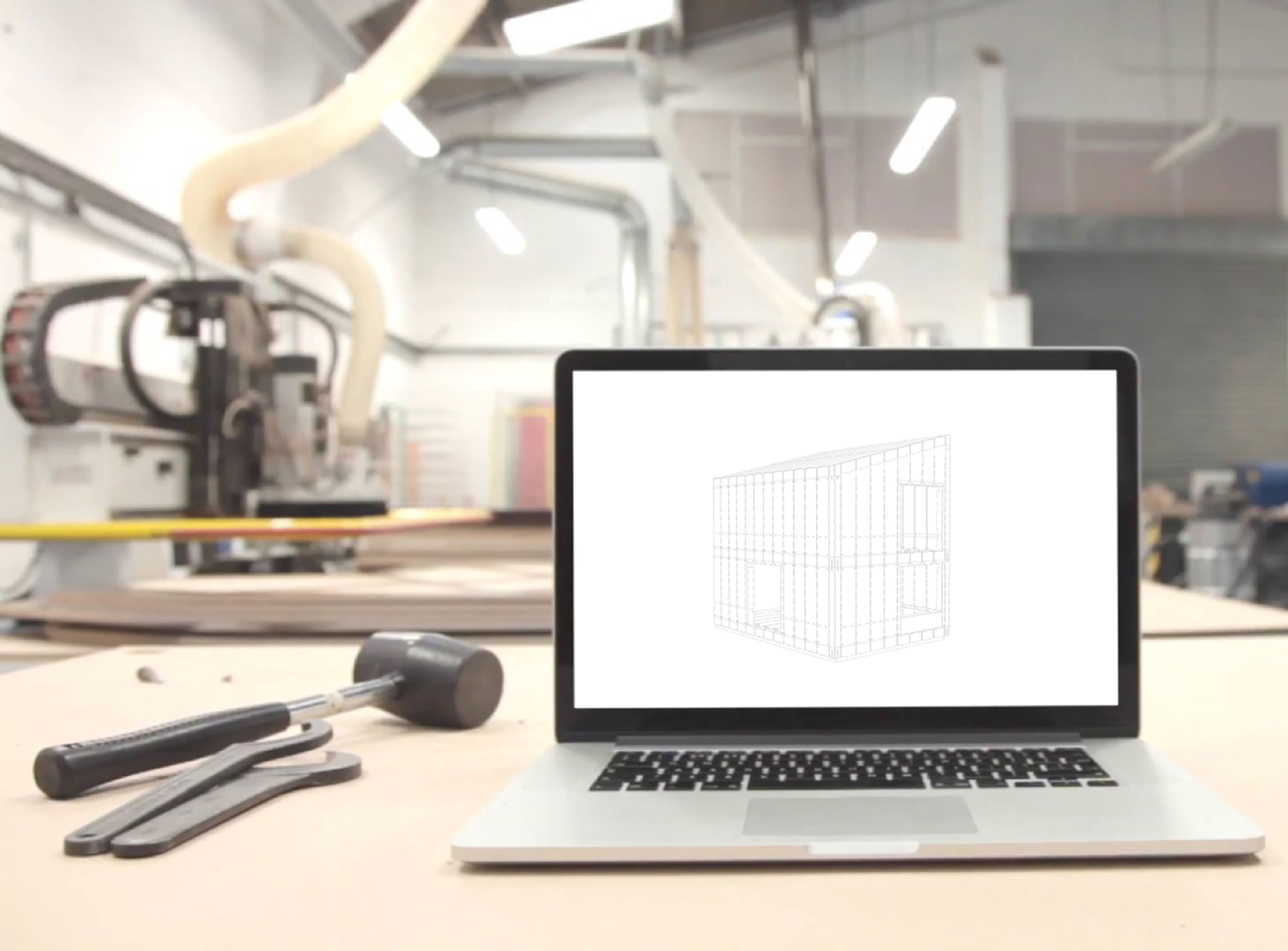 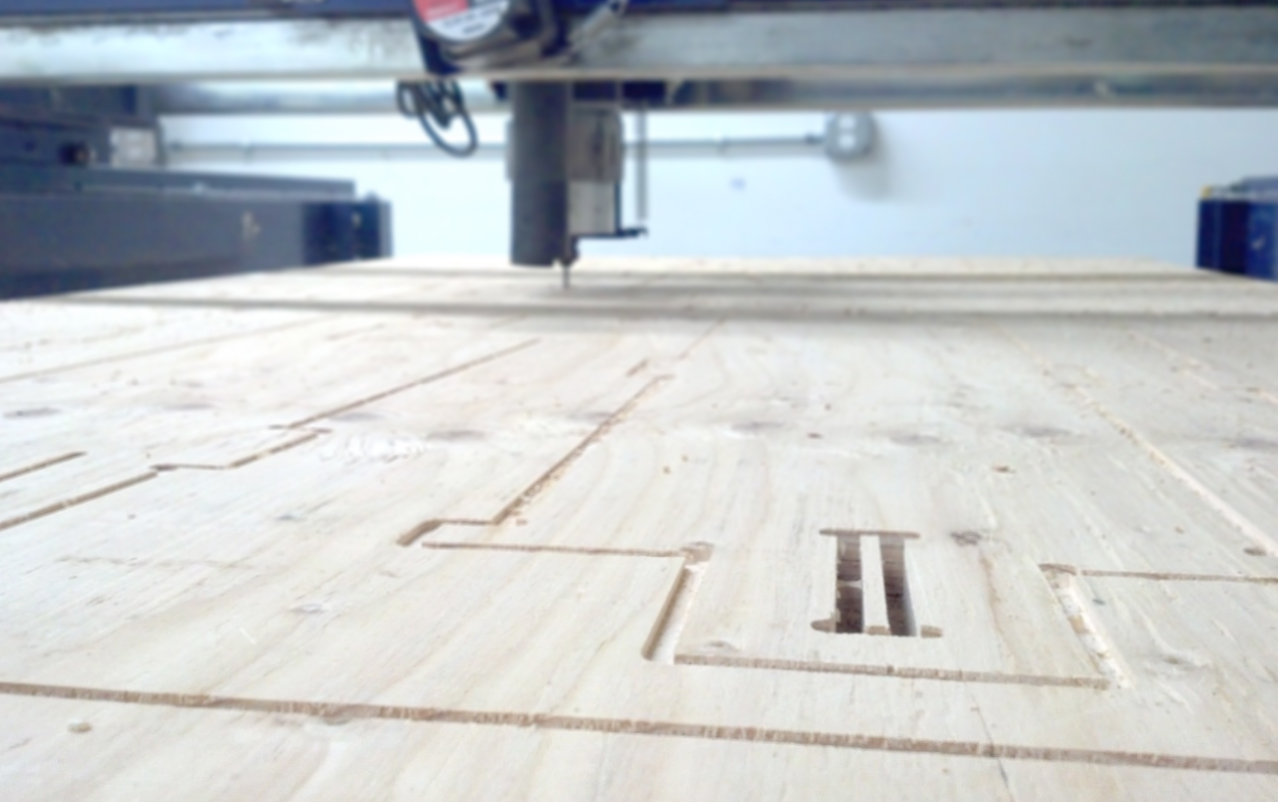 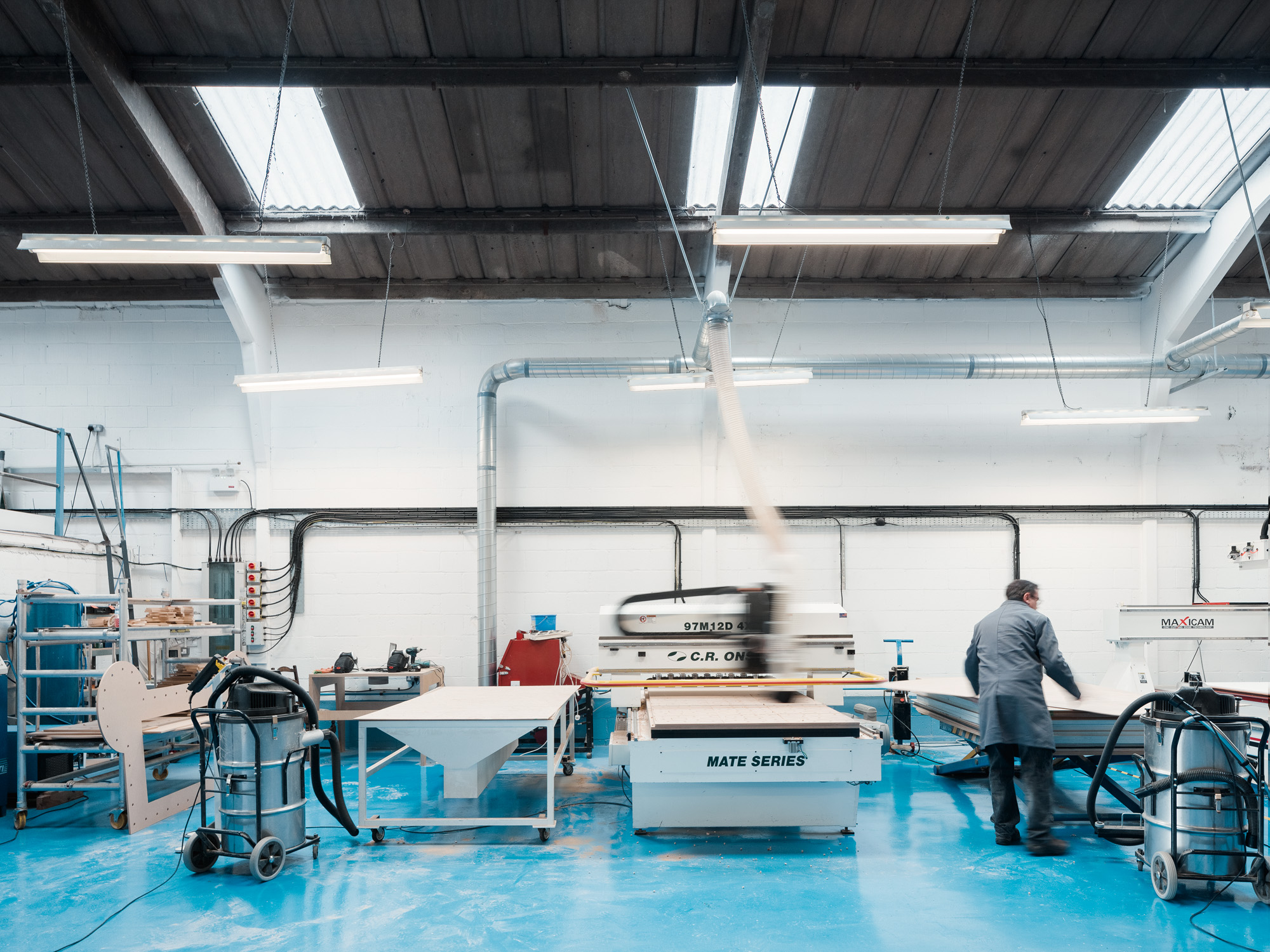 A CNC machine is all that is needed to cut WikiHouse parts.
Image credit
Rory Gardiner
Licence
Copyright
High-resolution image 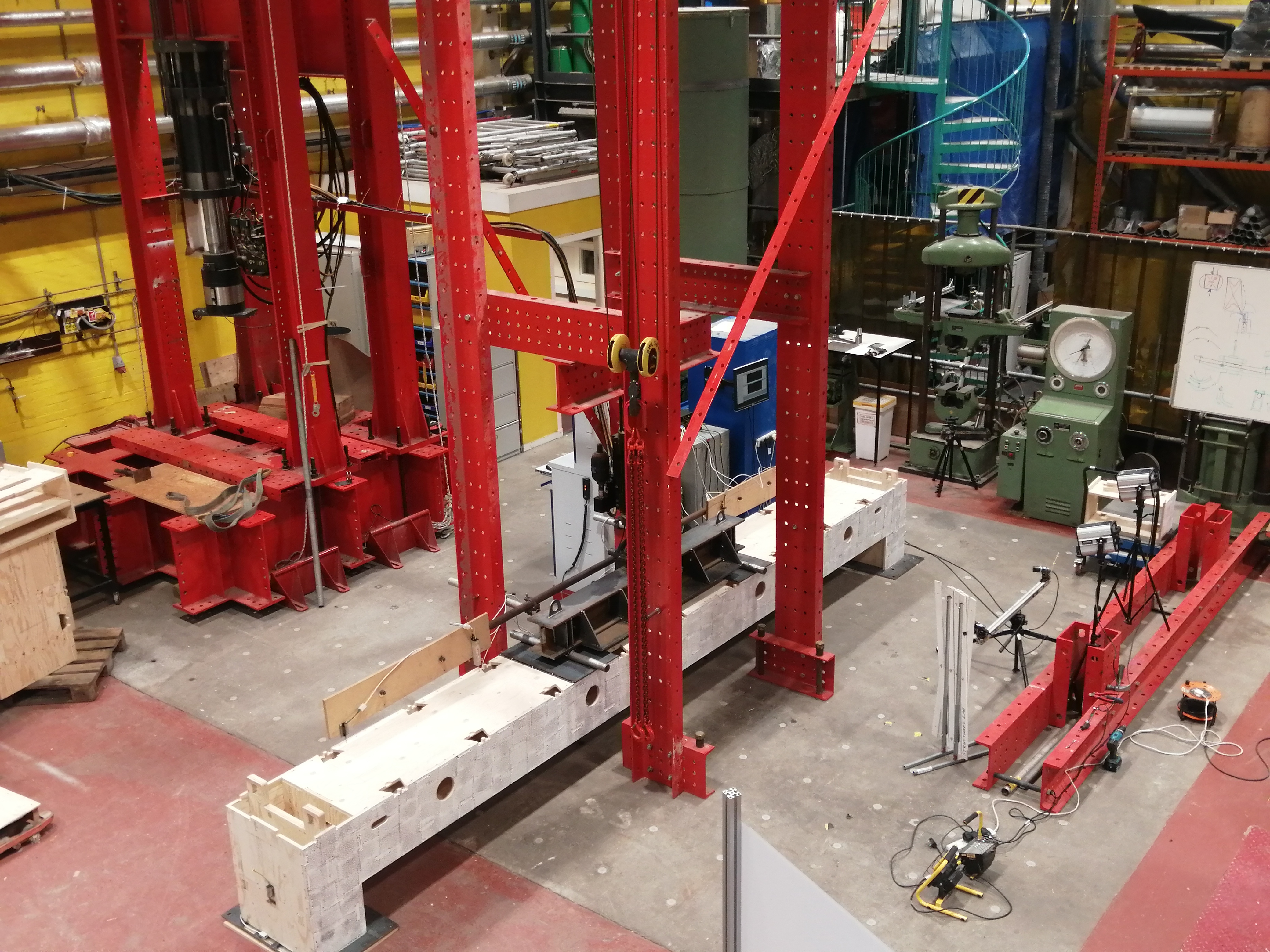 Testing of Skylark beam in lab

A structural test carried out at the University of Edinburgh
Image credit
OSL
Licence
Creative Commons CC BY 4.0
High-resolution image 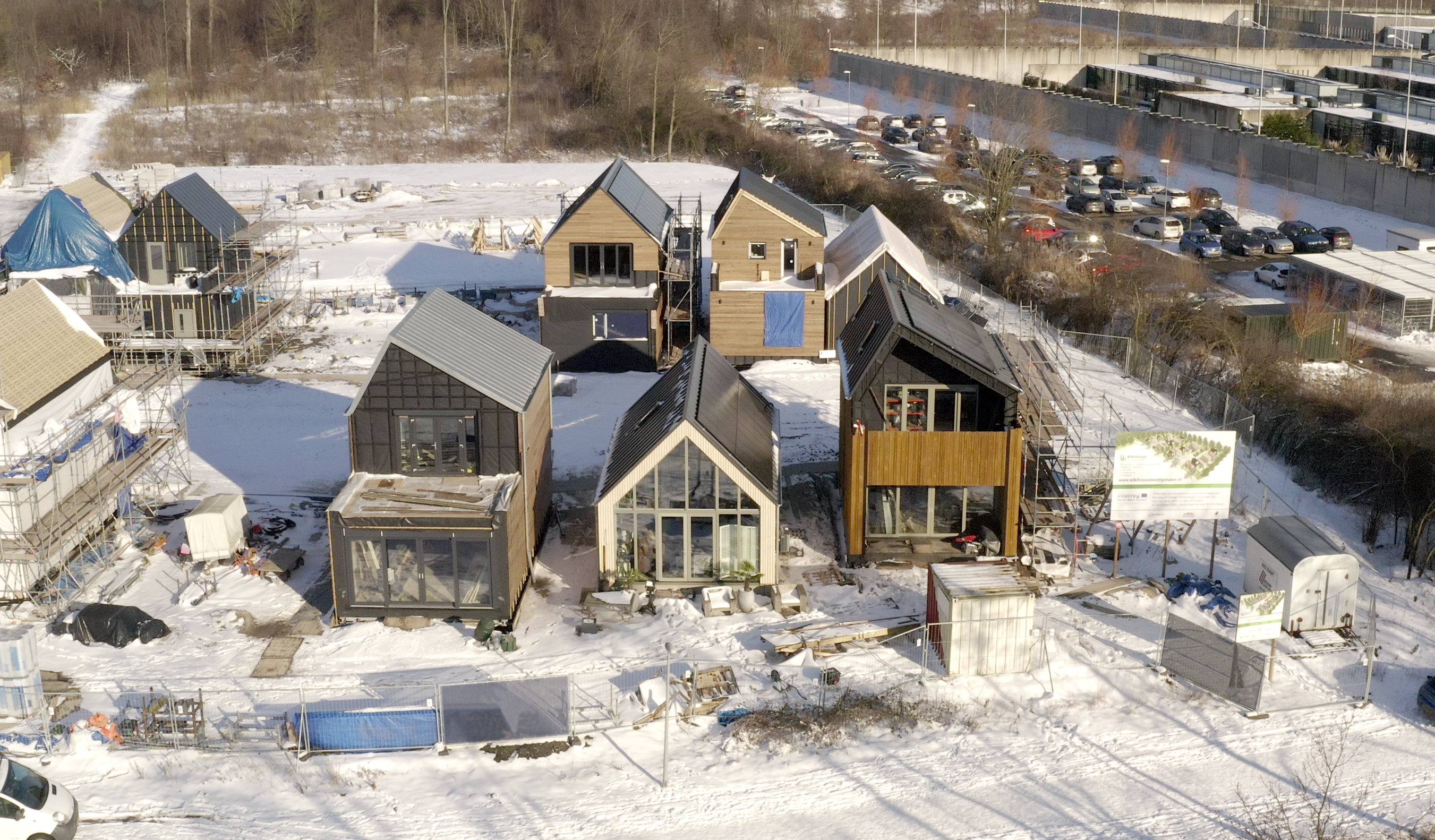 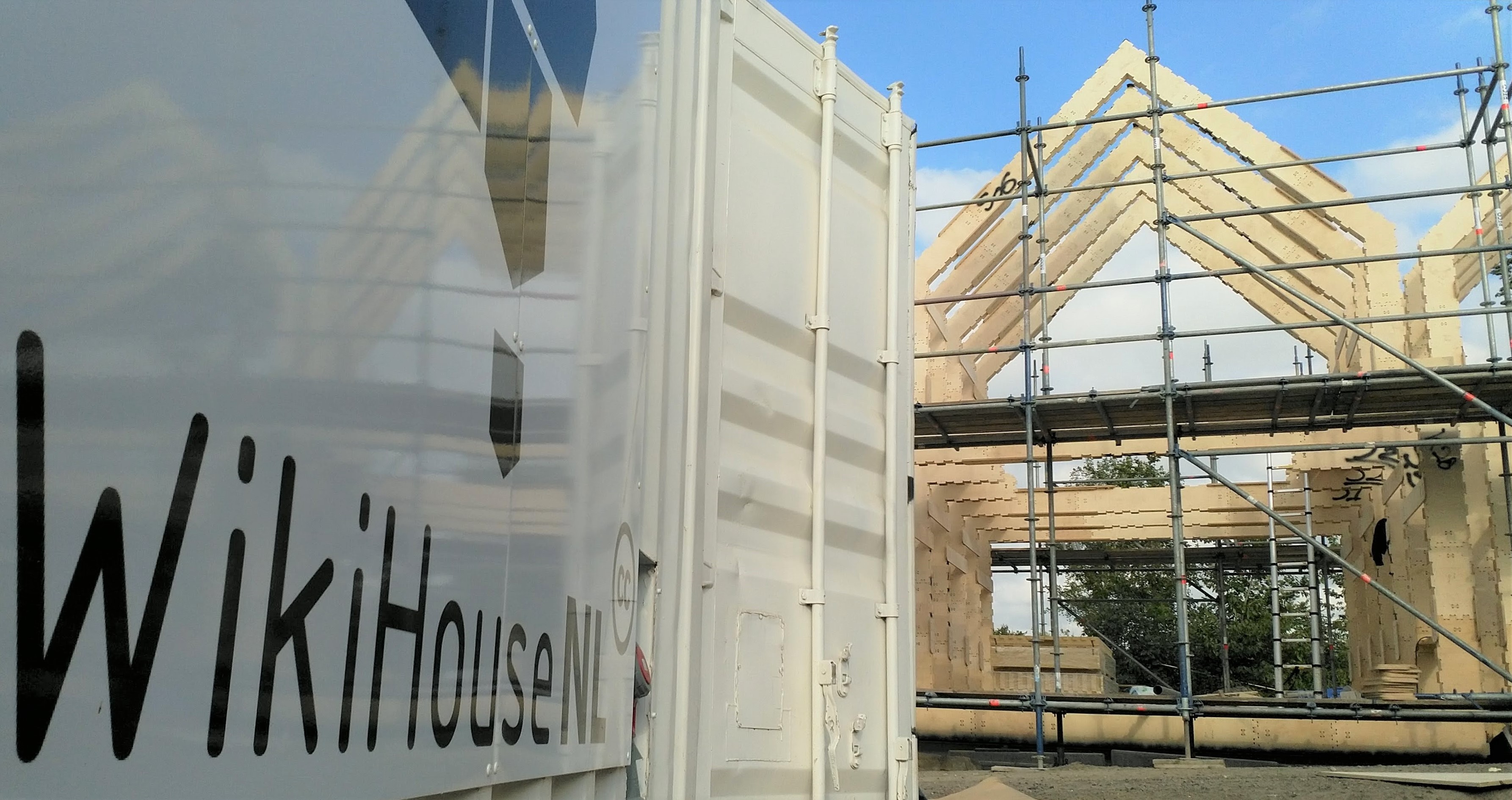 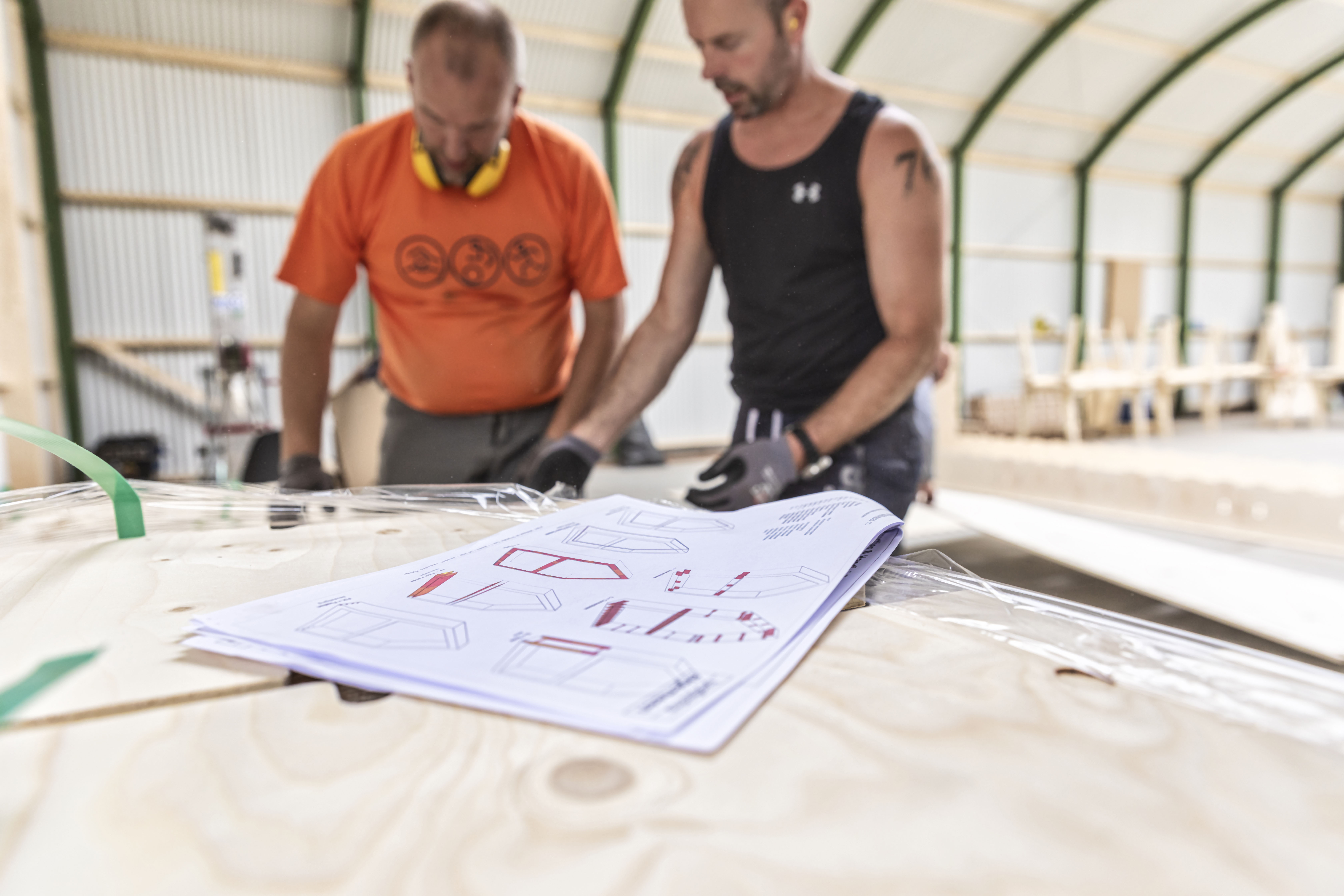 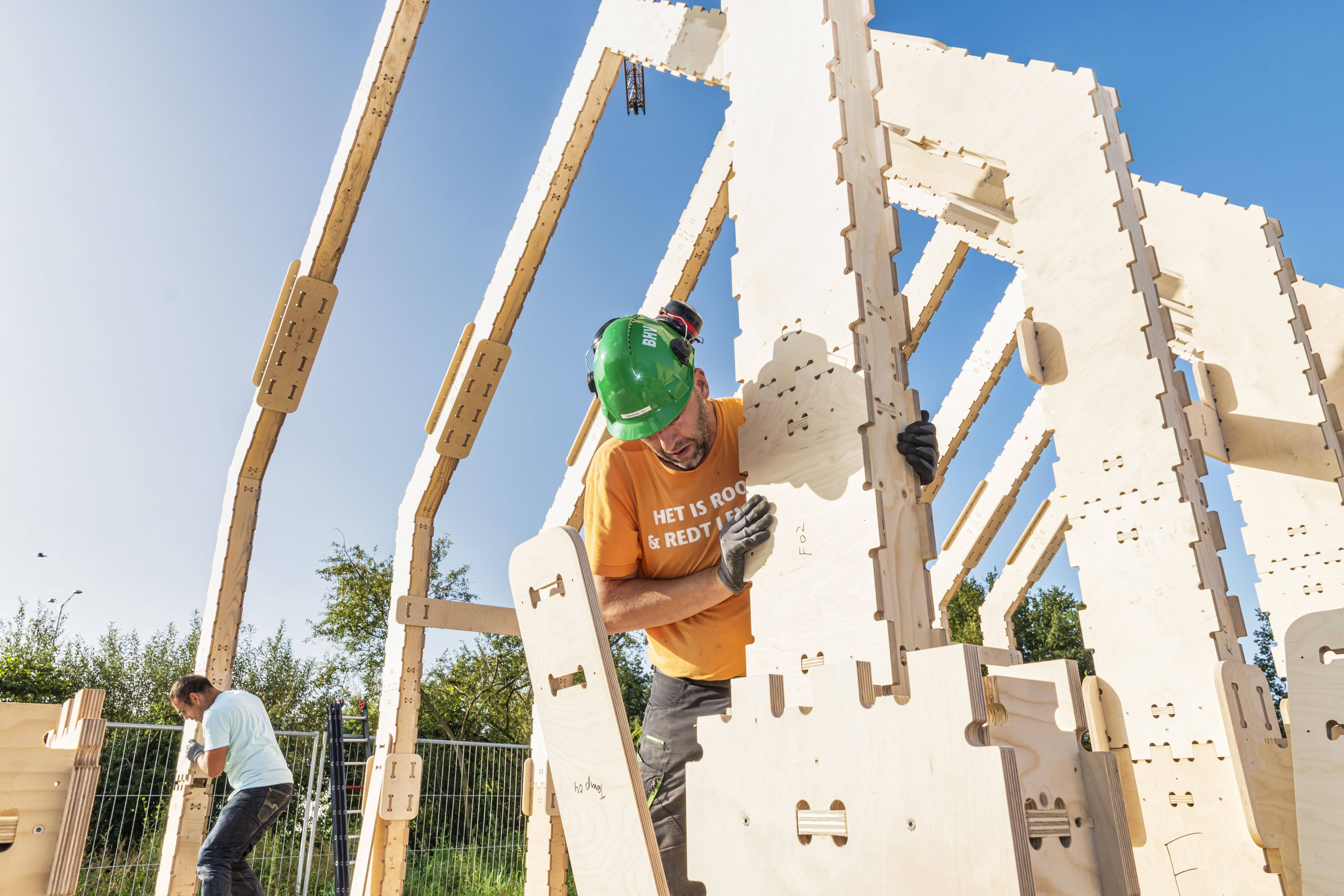 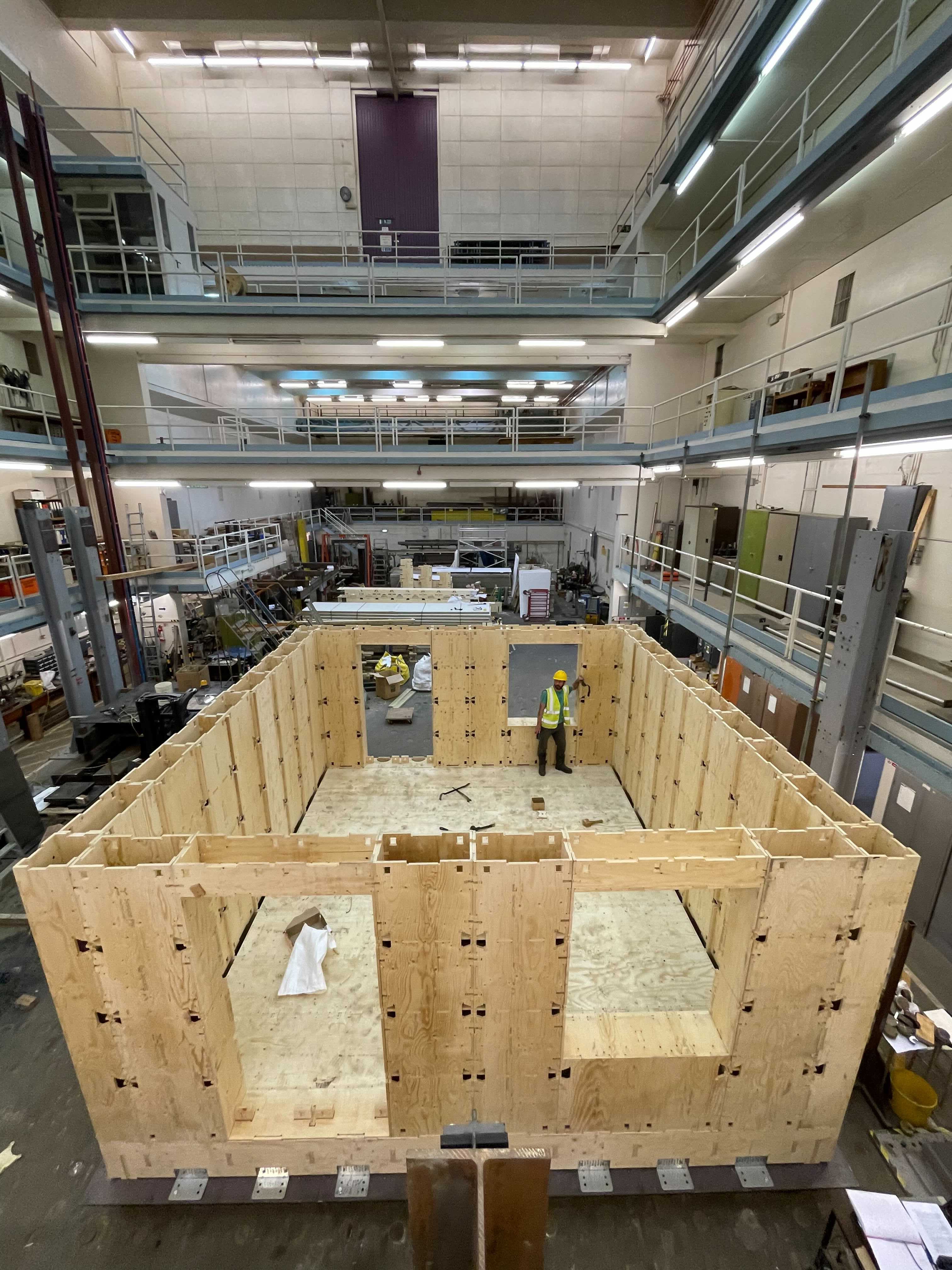 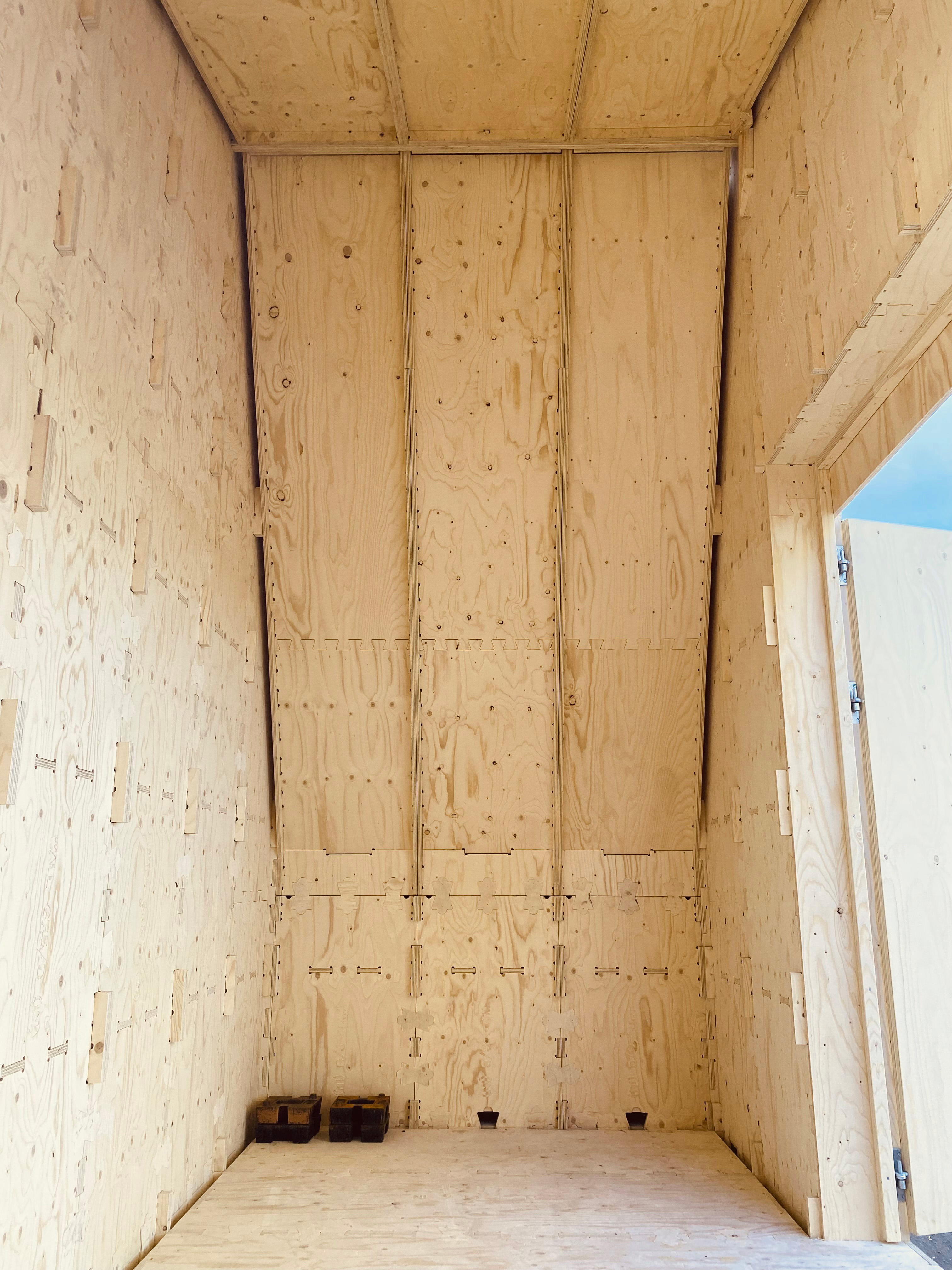 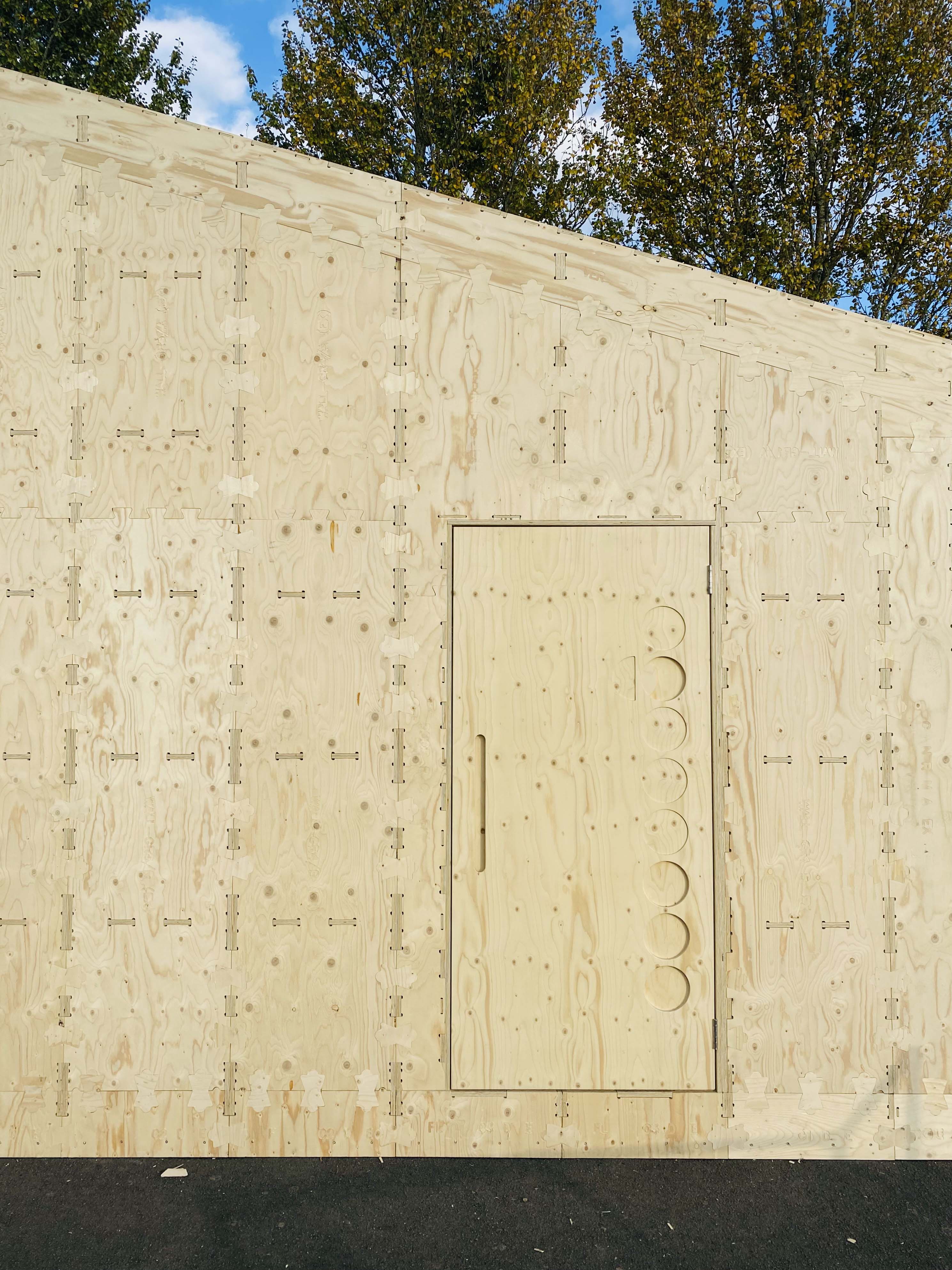 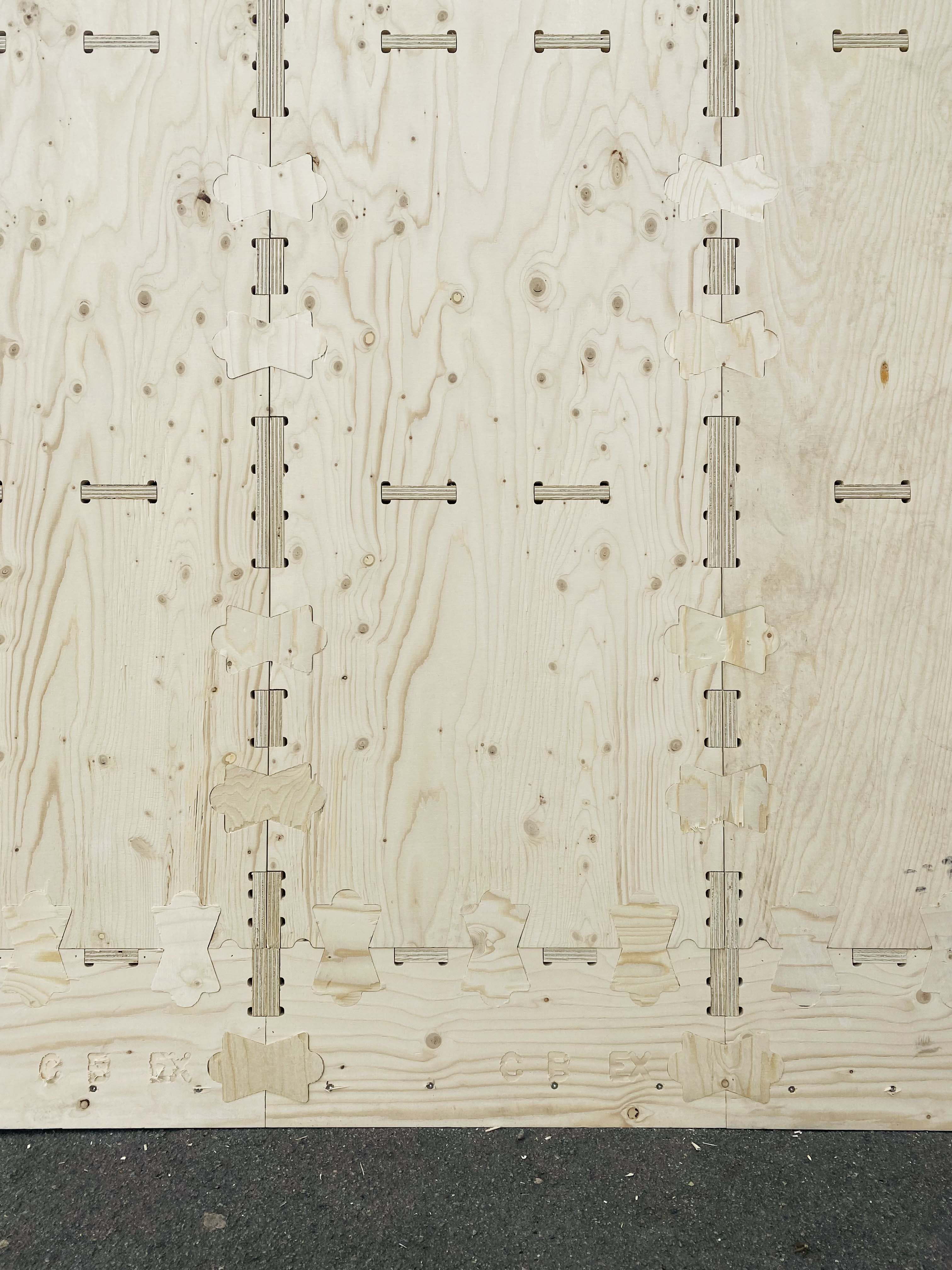 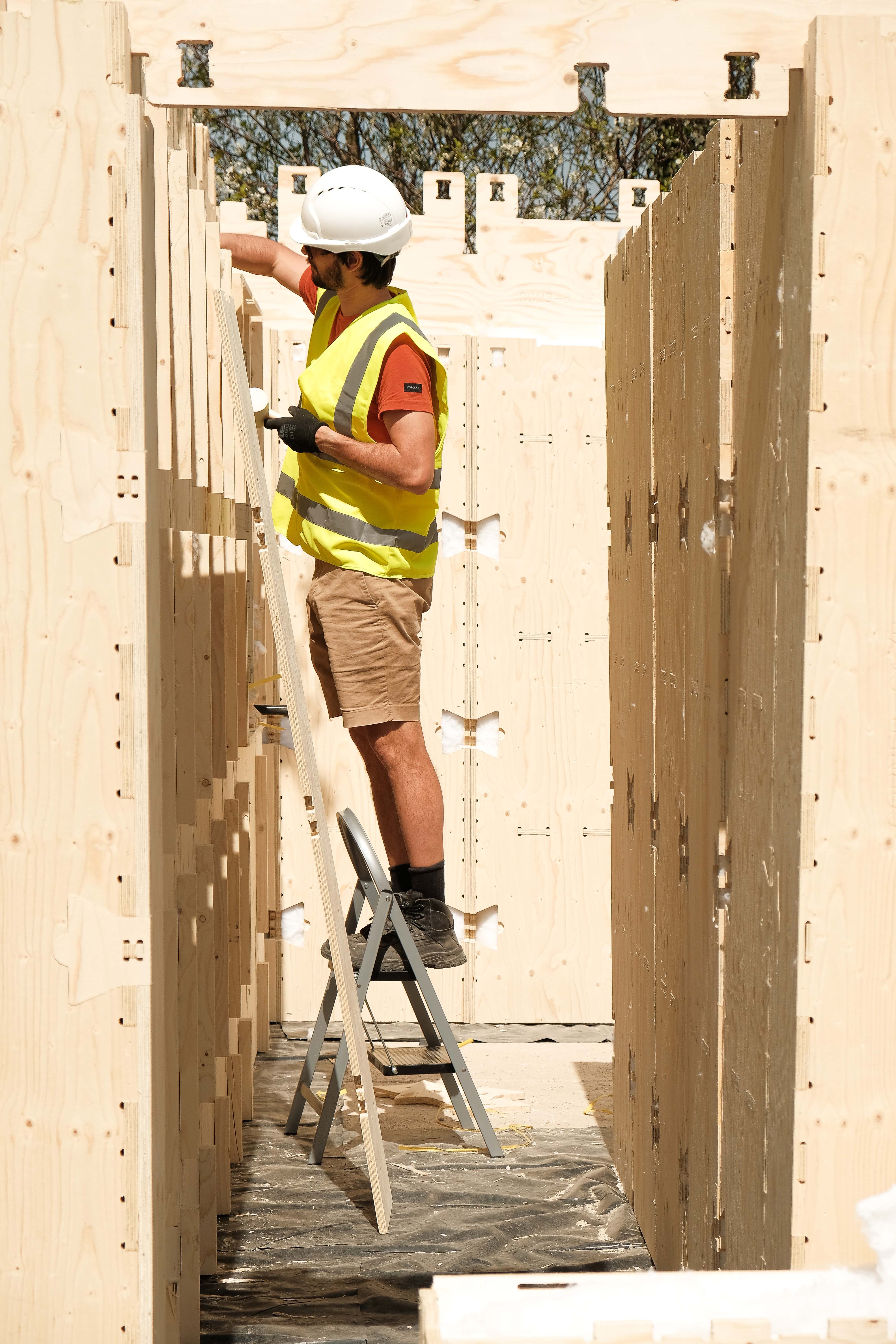 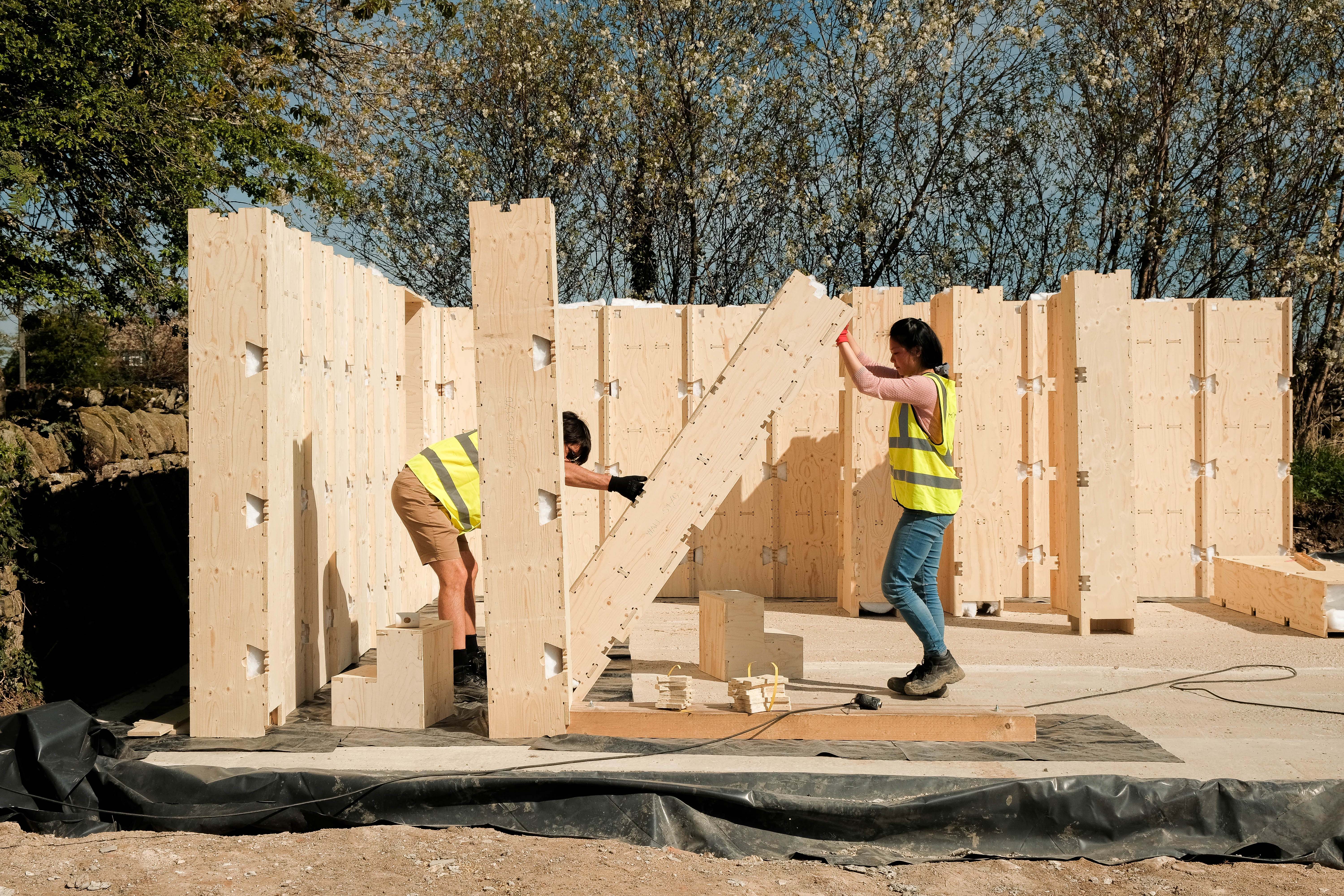 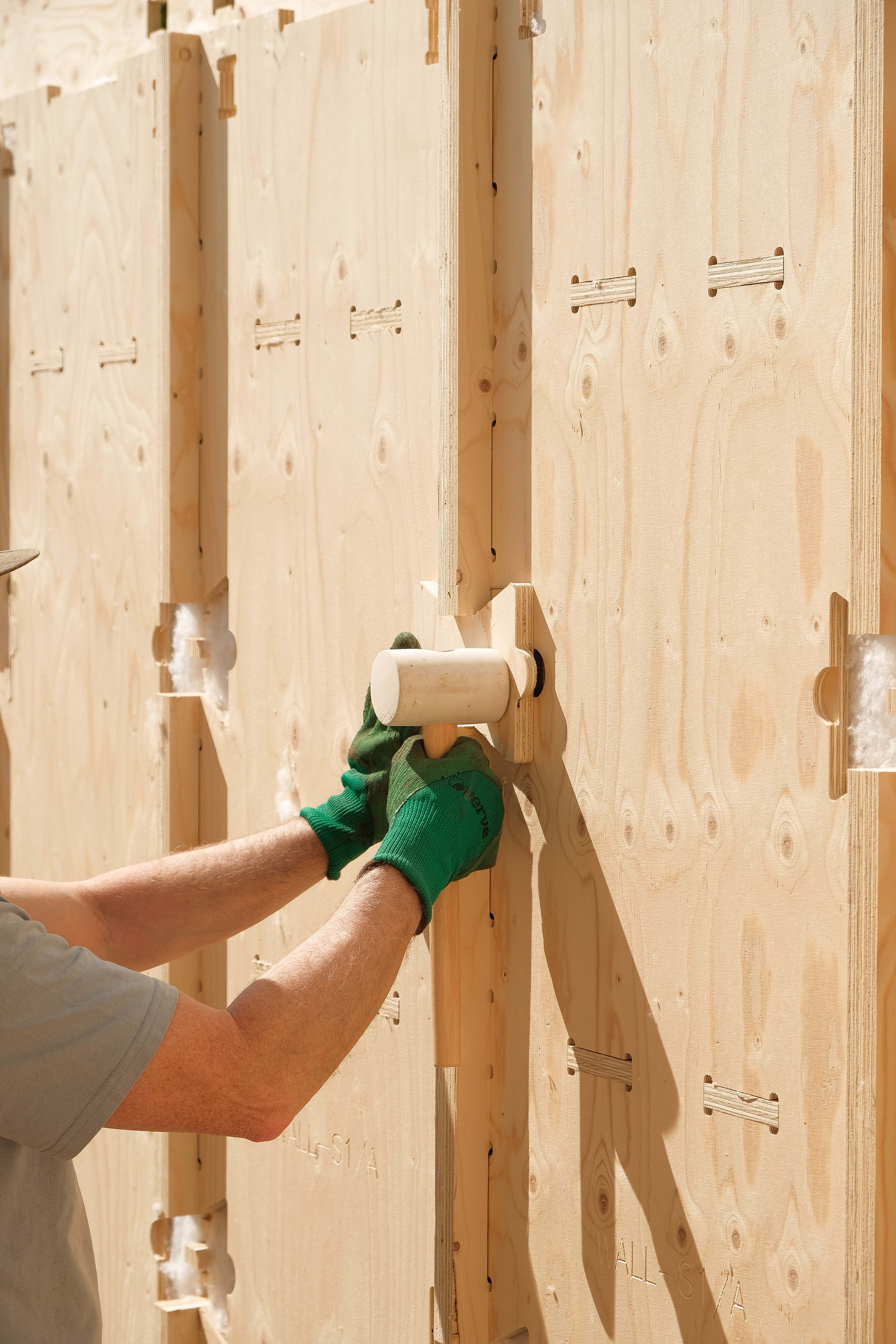 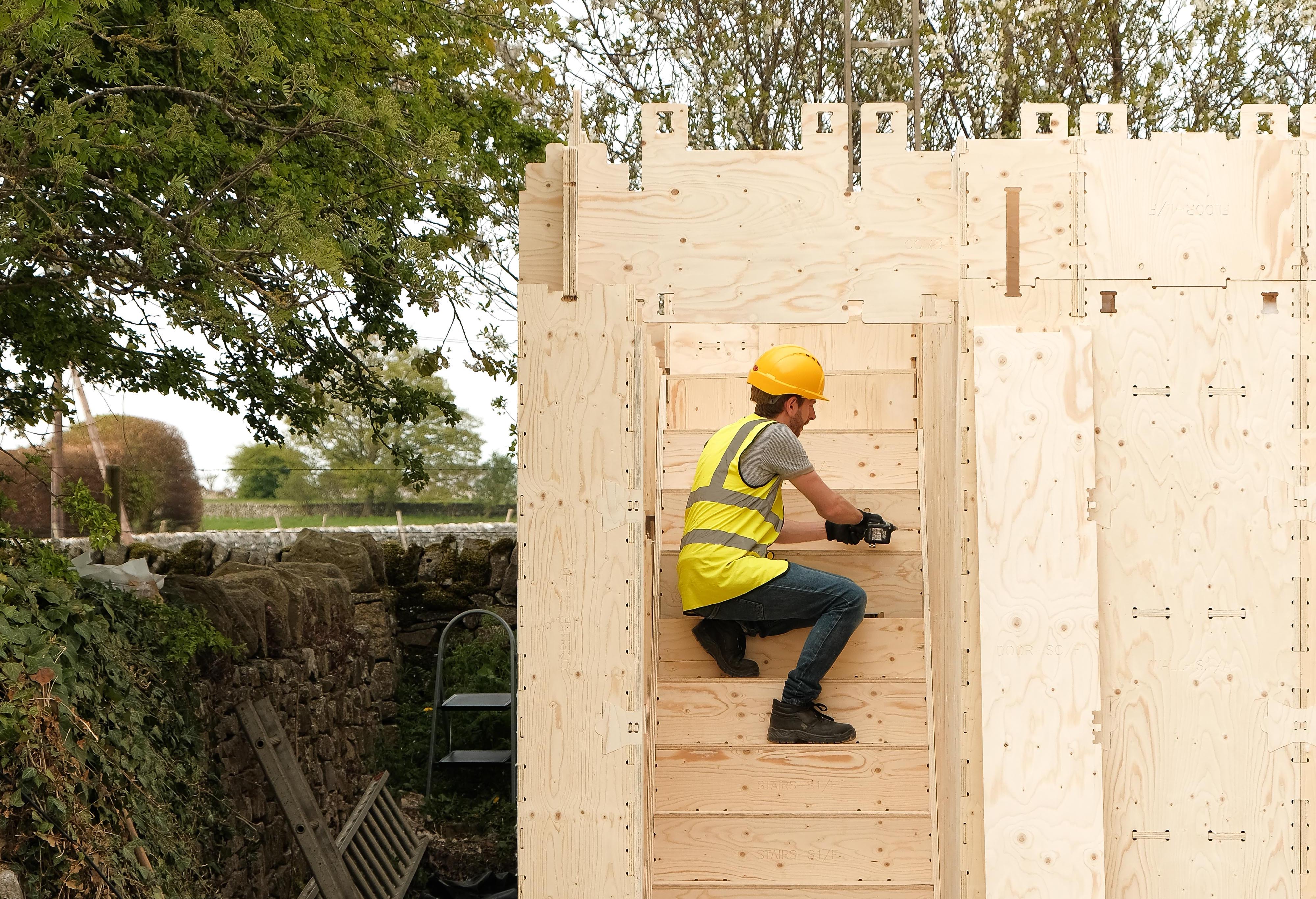 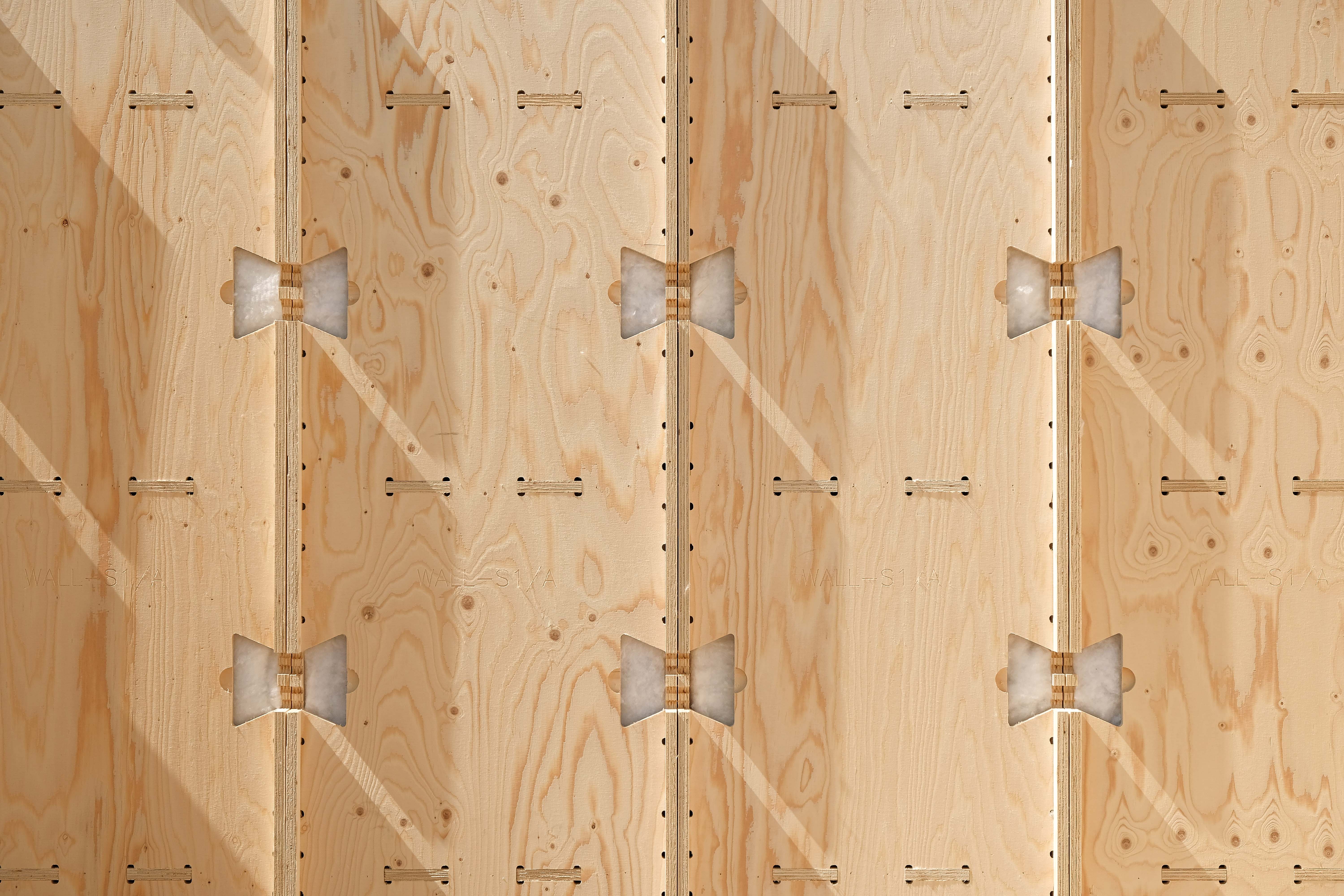 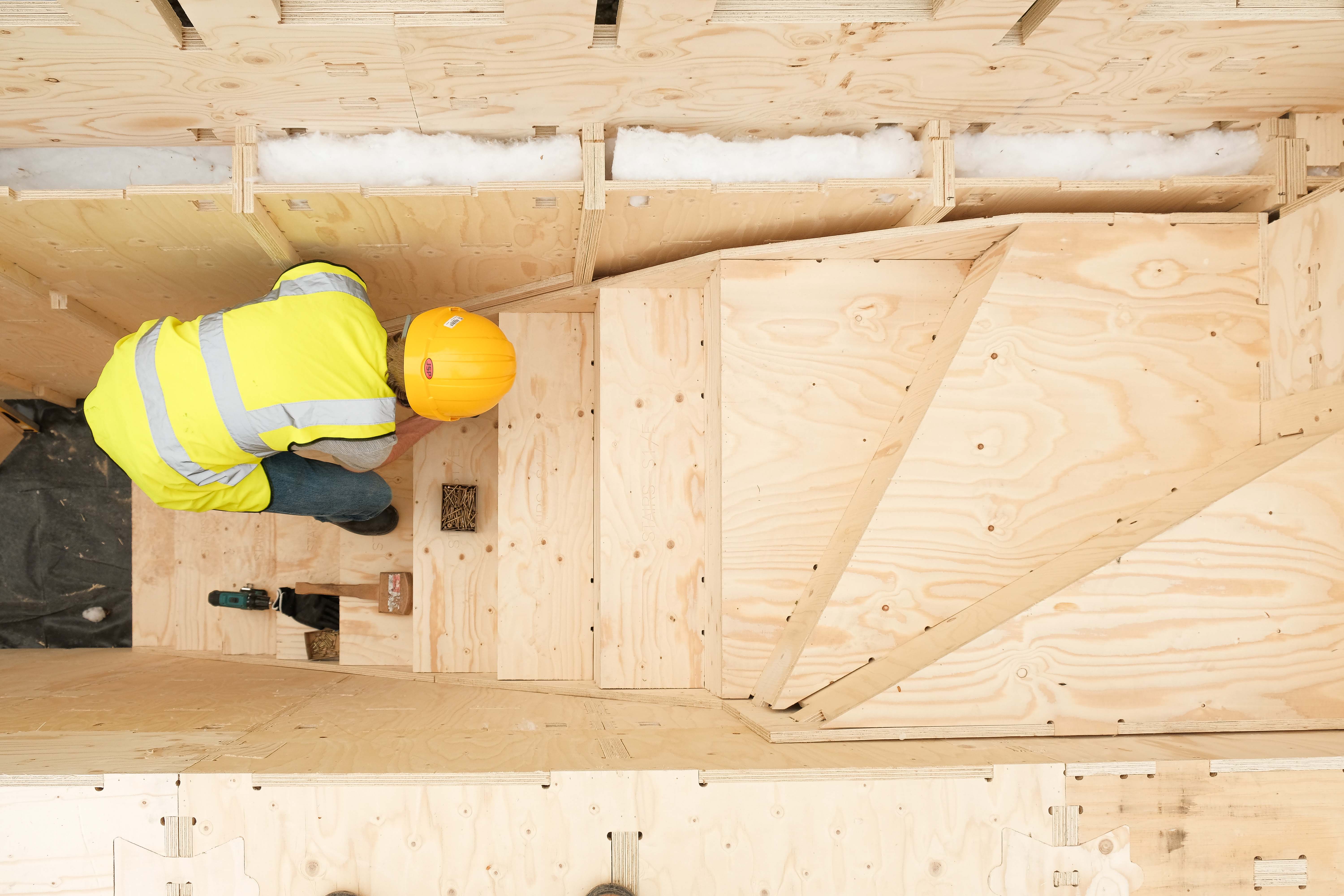 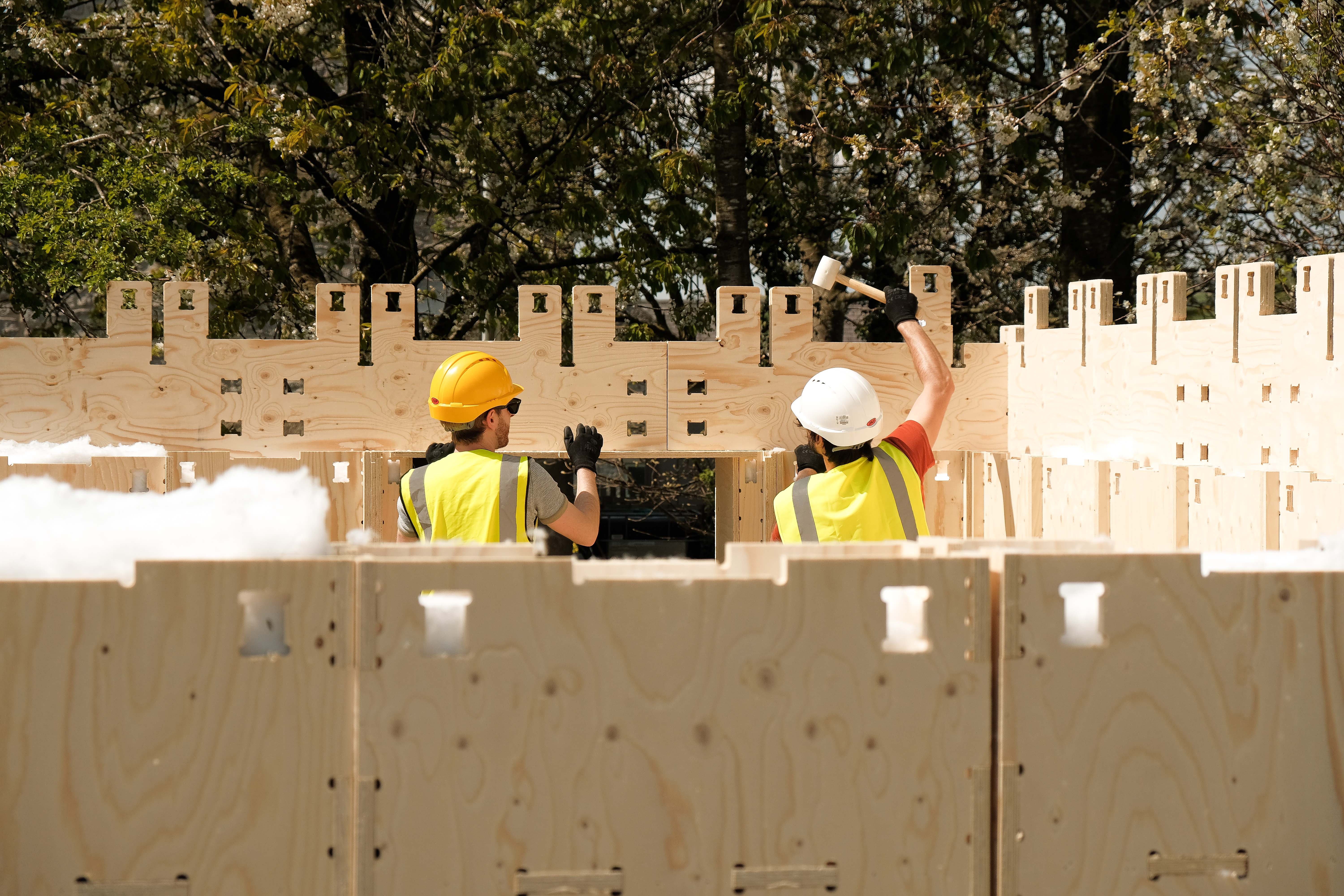 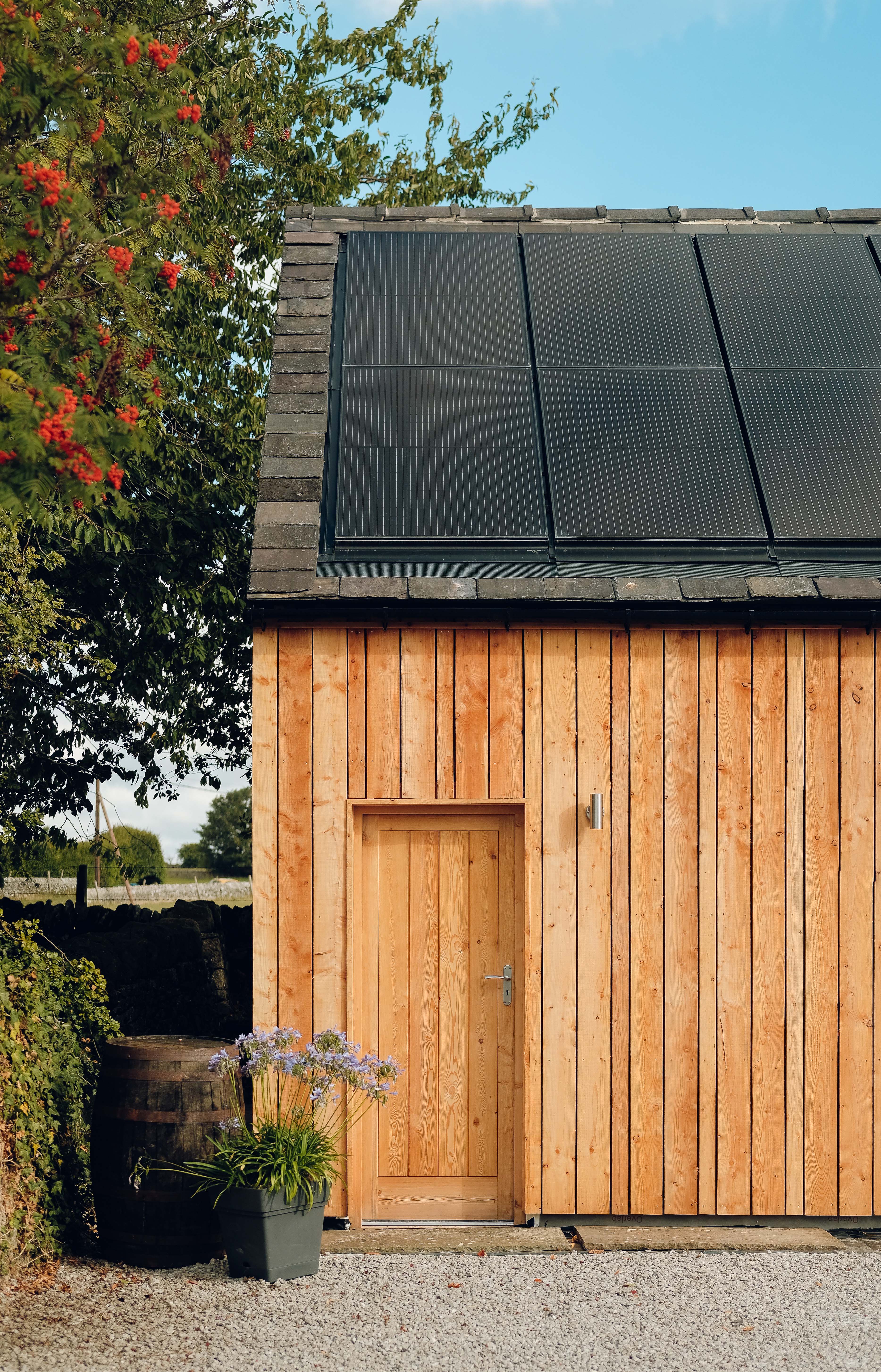 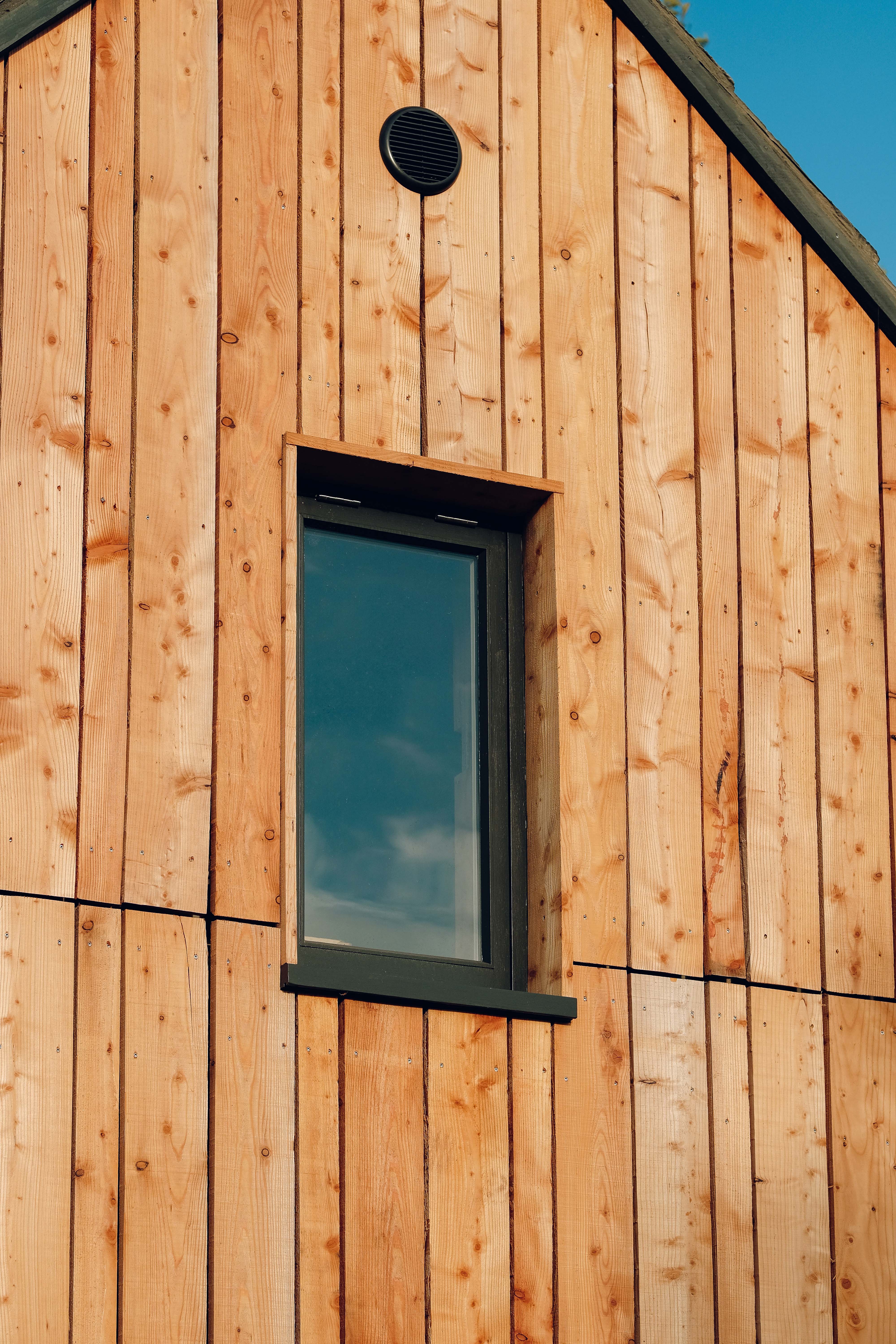 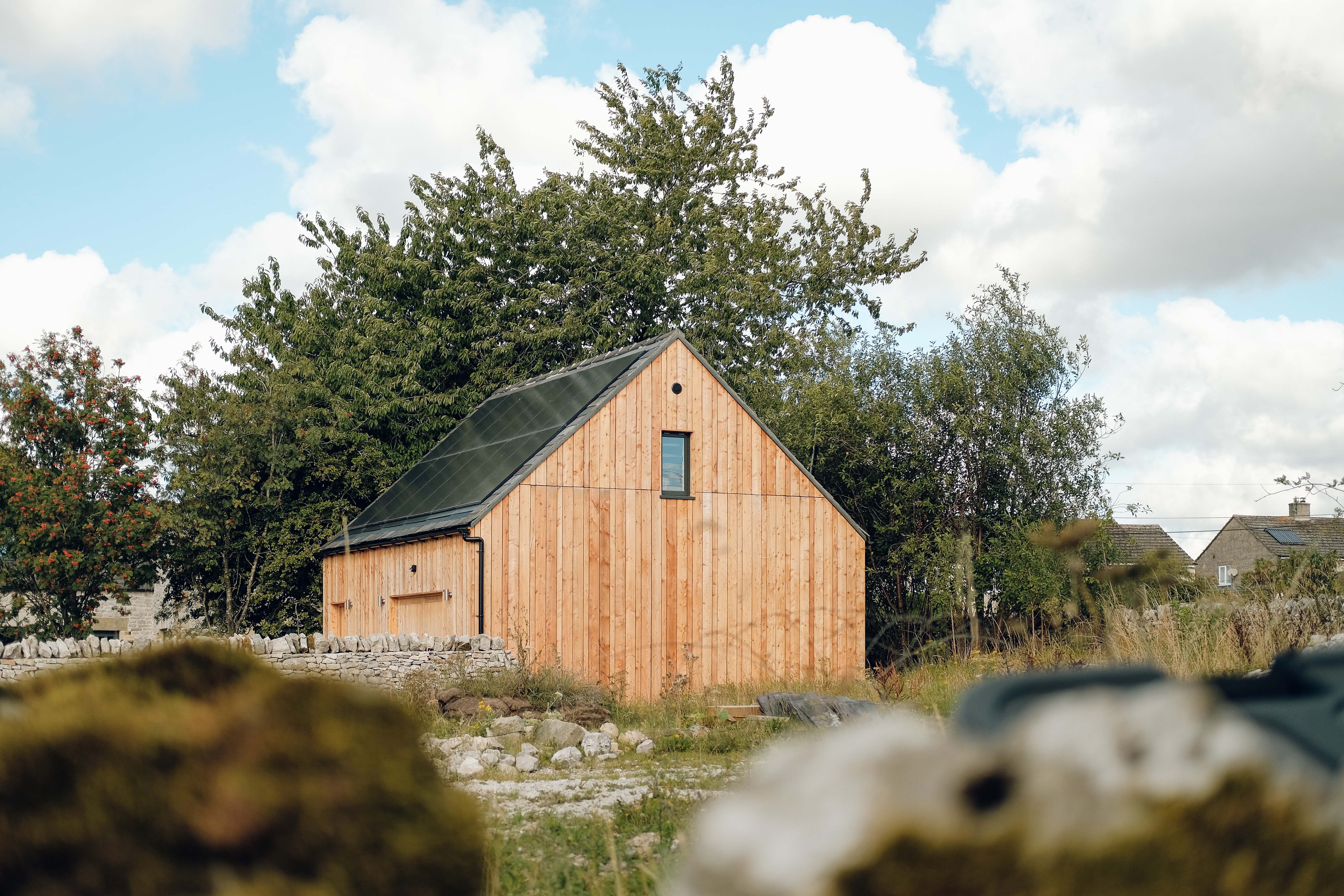 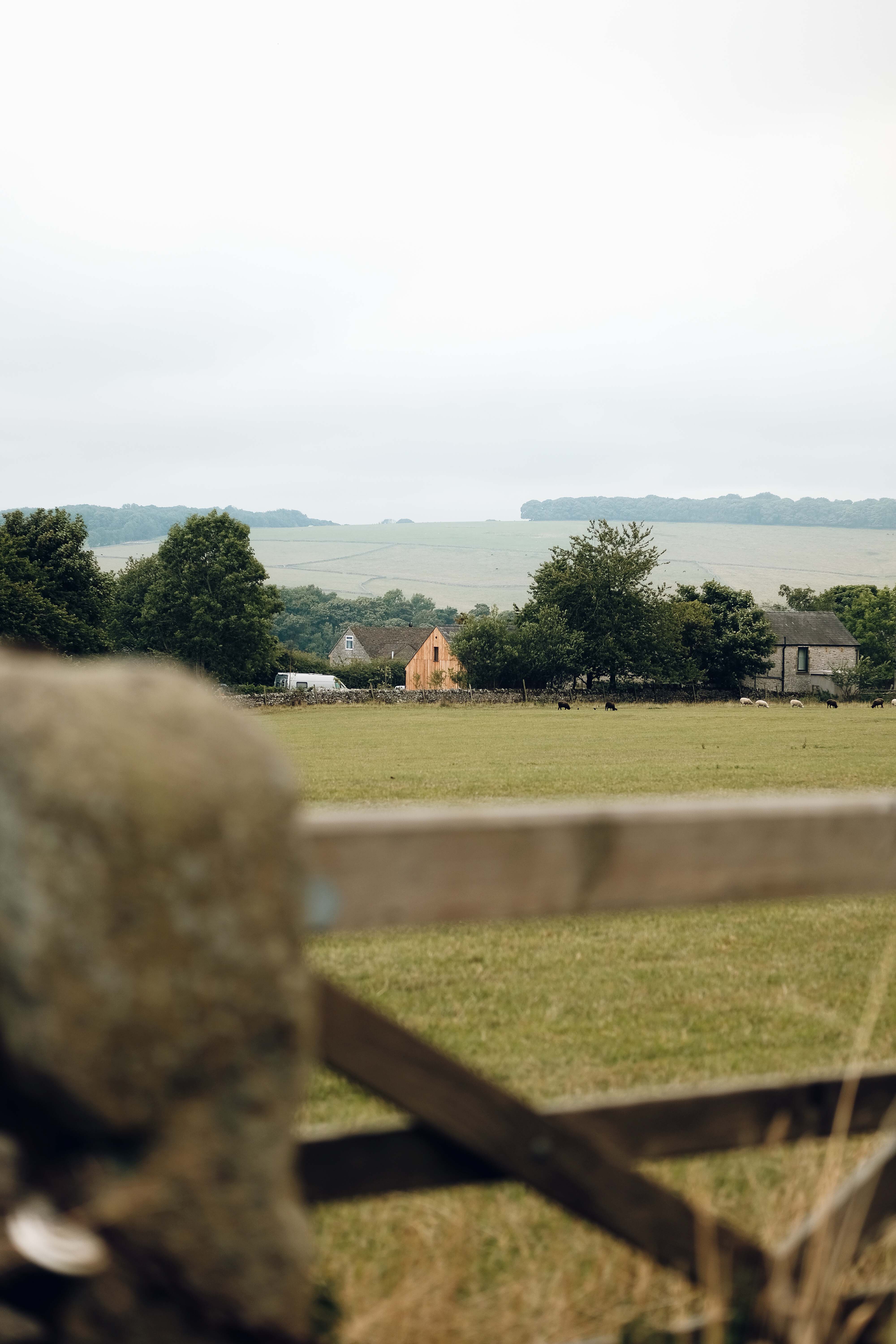 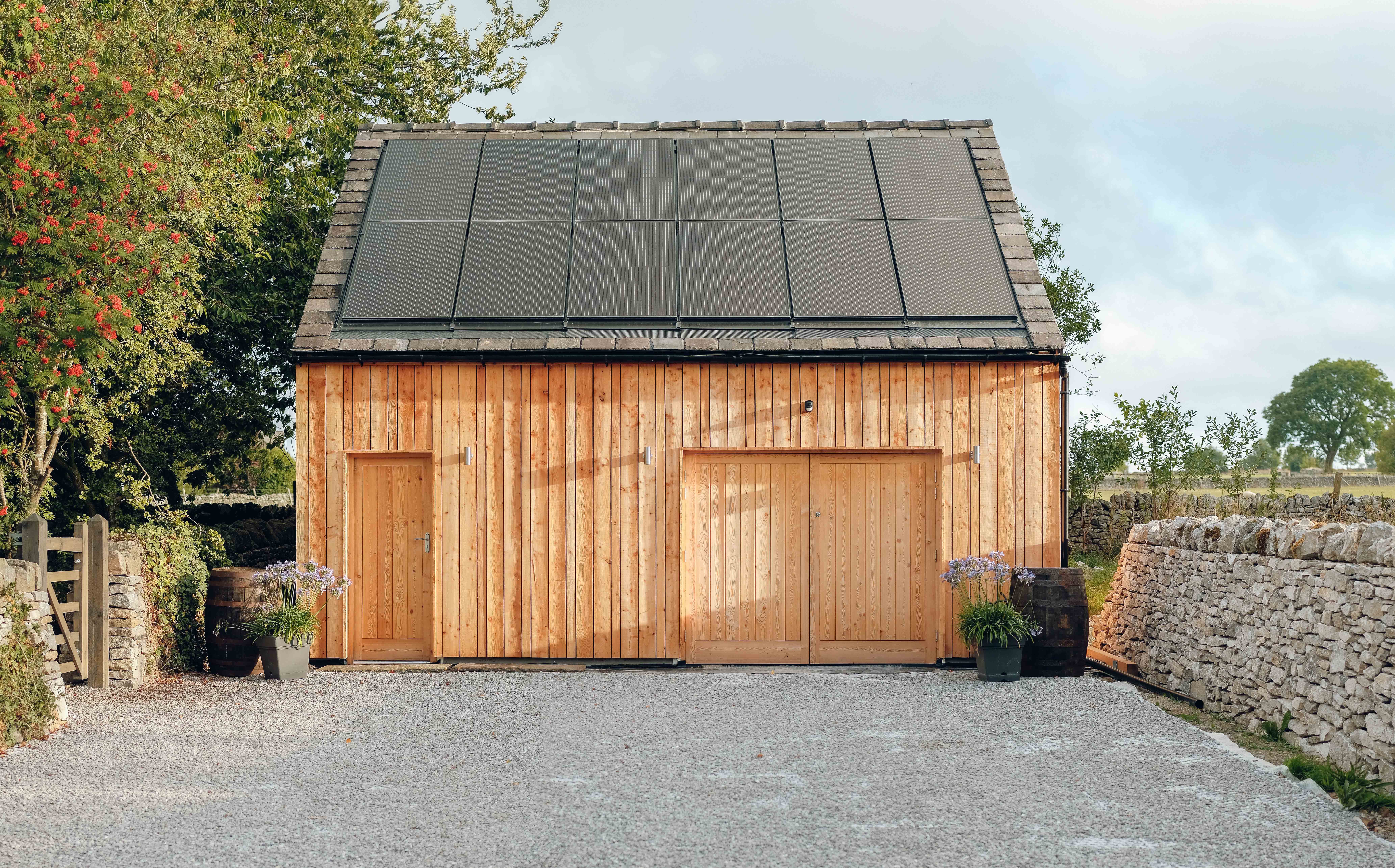 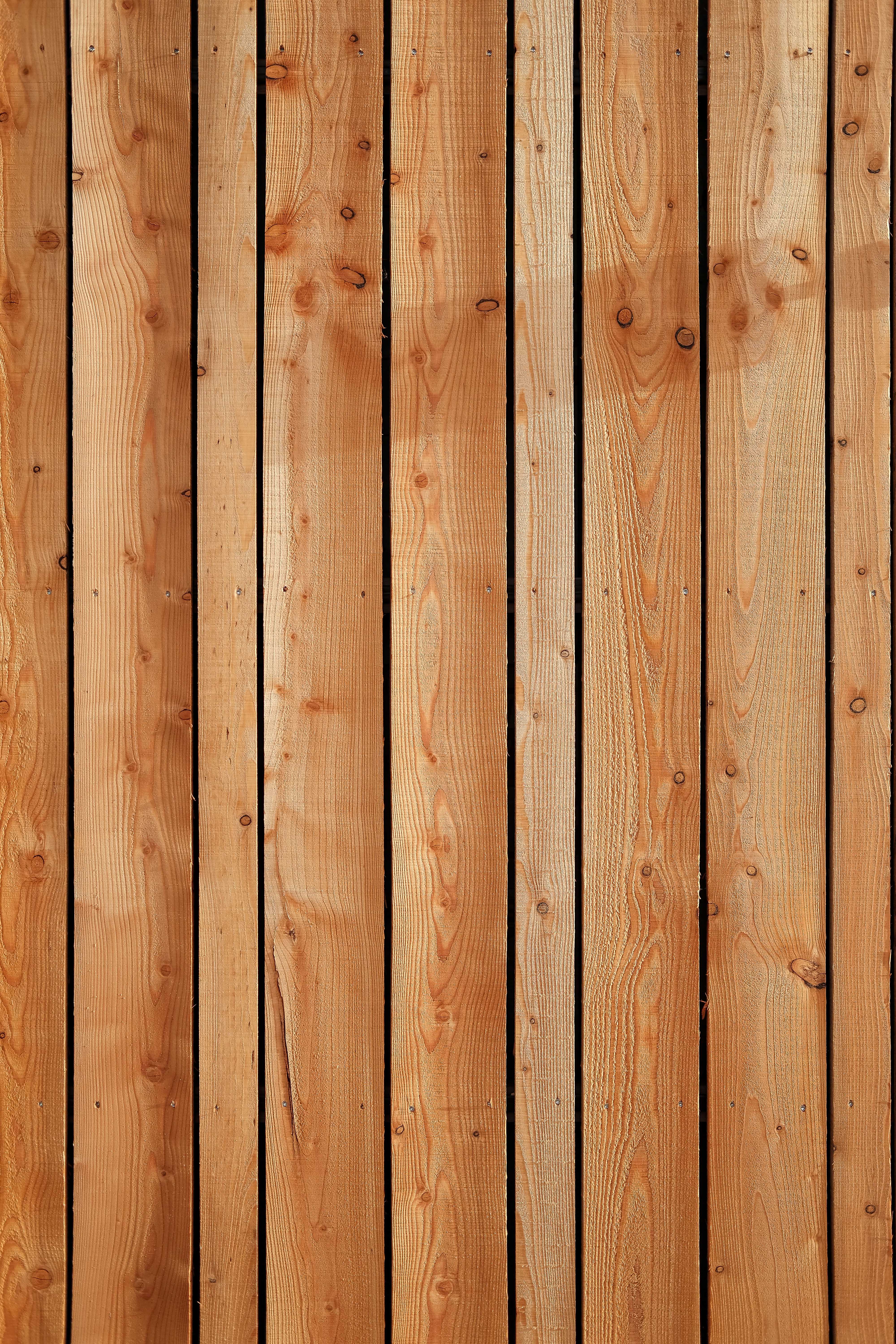 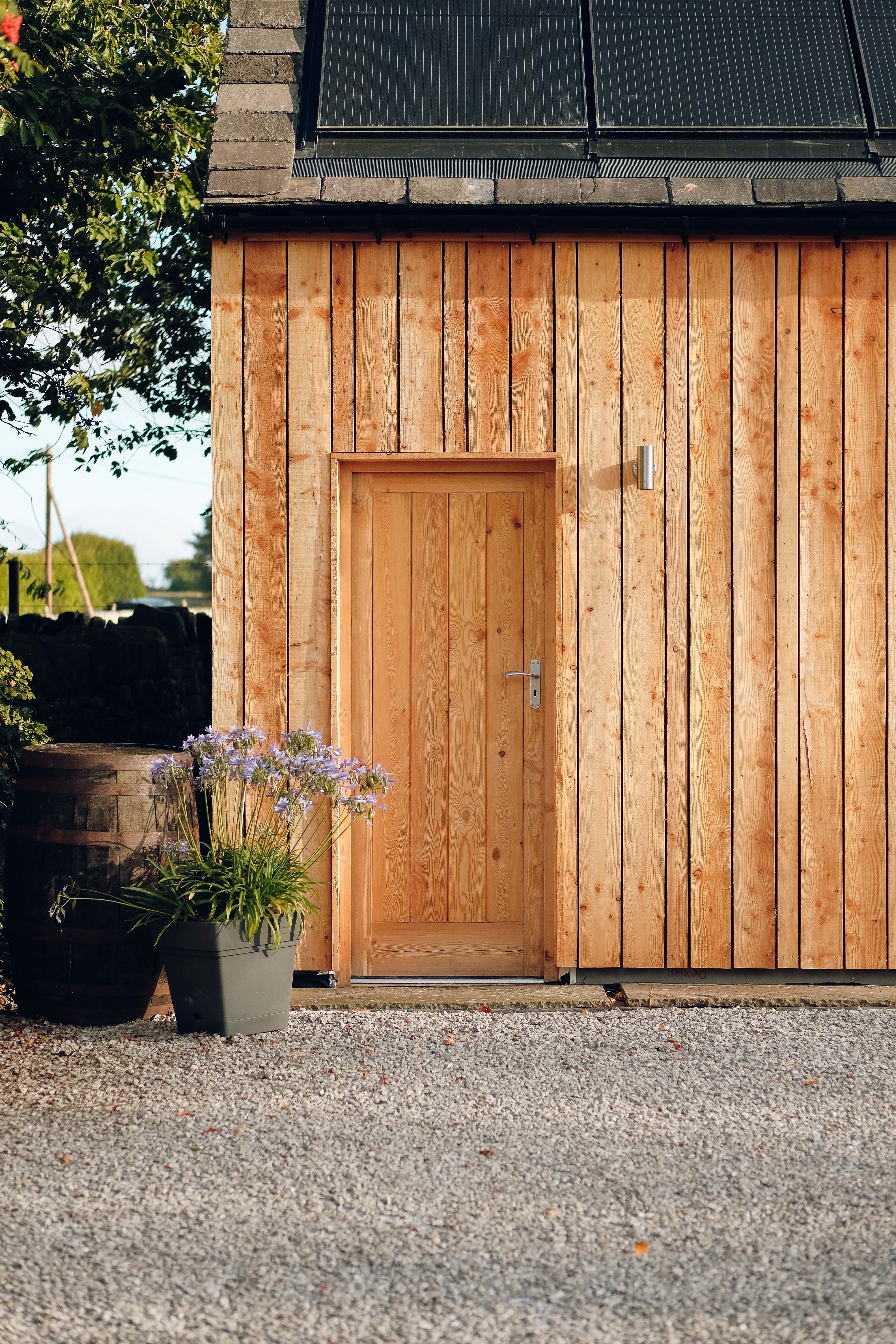 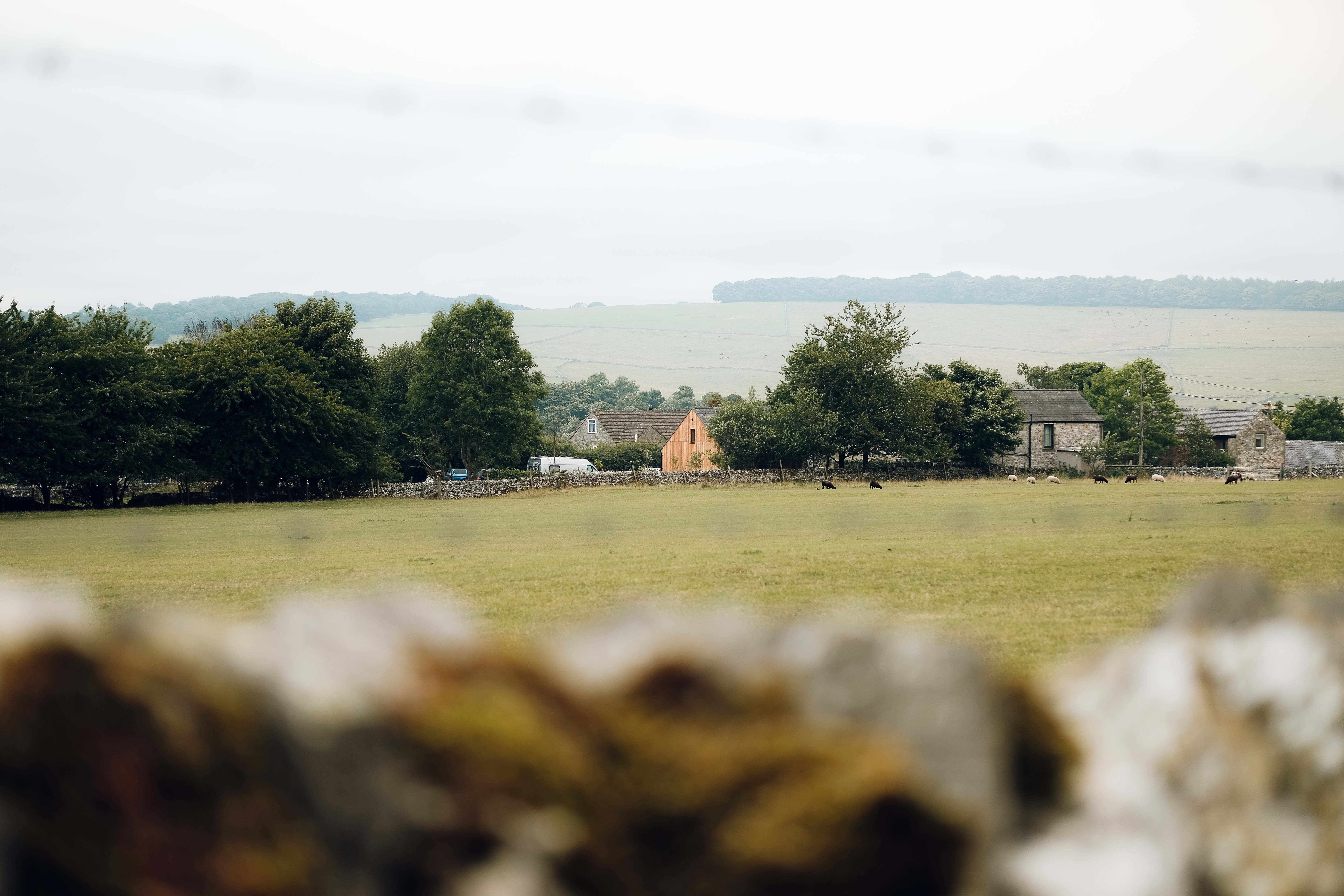 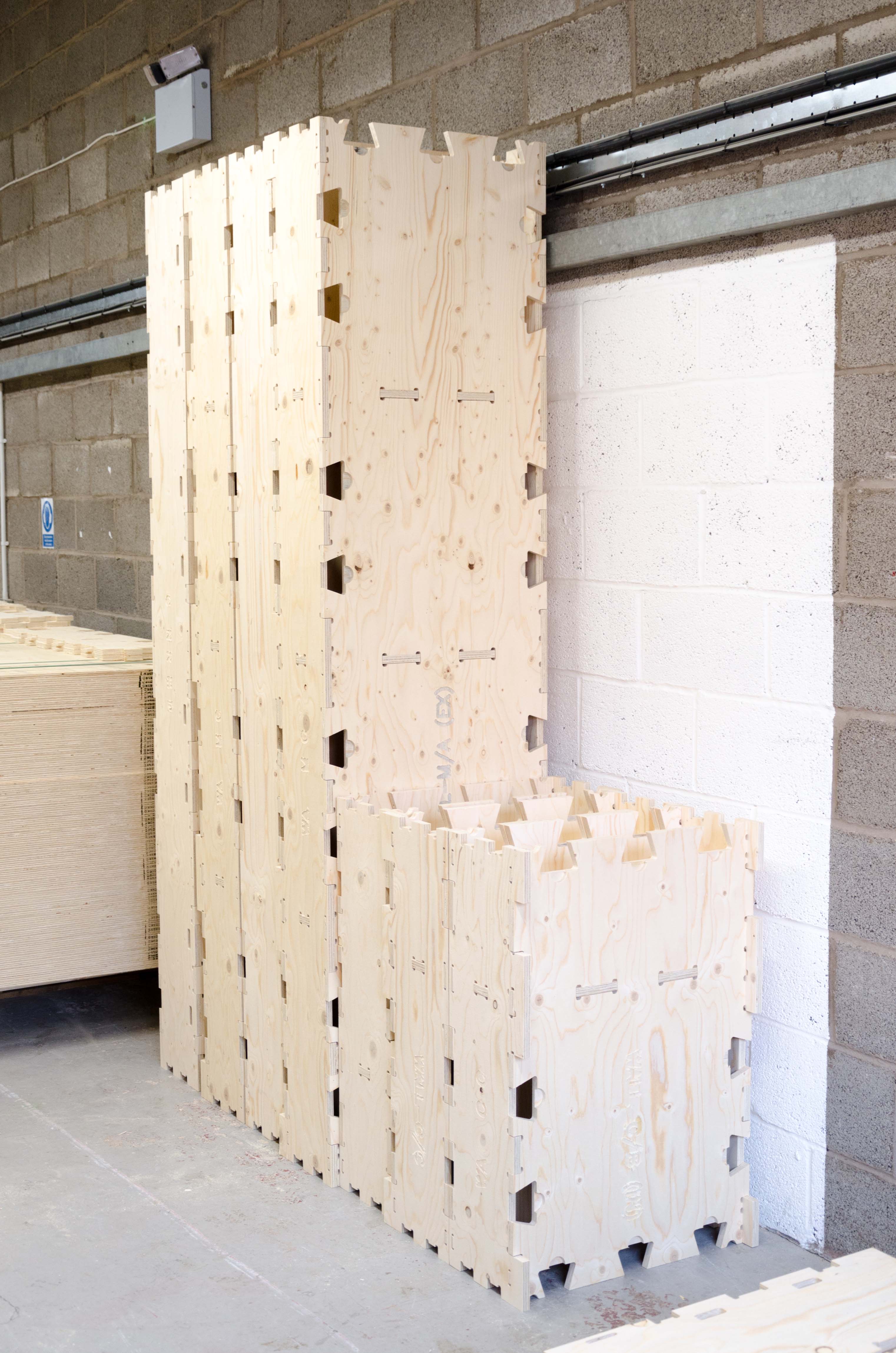 A video of the construction of the WikiPavilion in Milton Keynes, UK
Image credit
Pulp Build
Licence
Creative Commons CC BY 4.0
High-resolution video

Most WikiHouse web pages and documents use Inter, an open source typeface designed by Rasmus Anderson.

Use it to refer to the WikiHouse system

You may use these logos to refer to the WikiHouse system, or to describe a project as 'using WikiHouse' or 'based on WikiHouse'.

You may use these logos as a link to the WikiHouse website.

Alter the single colour of the logo if you wish

You may change the black or white of the logo to another colour, provided you only use one colour, and do not alter the logo in any other way. You may also CNC cut the logo into wood.

Choose the correct file format for the medium you are using, and make sure the image is not pixellated, has sufficient contrast with the background and has a clear margin around it.

Use it as your logo

You should not use these logos to brand your company, organisation or initiative, even if it is non-profit.

You should not call your company, organisation or any marketed product or service 'WikiHouse' or a similar derivative (such as WikiHouse[Suffix]) unless you have an explicit written agreement with us to do so. Neither should you use a name that is sufficiently similar that it is likely to cause confusion (for example, WikiHomes).

You should not alter the design or appearance of a logo in any way, except to change the colour from black or white to a single other colour. Neither should you build another logo intended to imitate or echo it.

You should not use any logo or the WikiHouse trademark to claim or imply that you are affiliated with, or endorsed by WikiHouse or Open Systems Lab (unless you are, by written agreement, for example as a WikiHouse Manufacturer), and do not claim to represent the WikiHouse project or community as a whole.

Where images are marked 'Copyright', you have the owners permission to use these images for editorial purposes or in presentations, but you must give credit, and you may not alter the images in any way.